Zap The Planet is a triumphant and bold album. Polished and precise, it marks another transformation in the sound and style of Freak Heat Waves, with a step into the weird world of psychedelic electronica.

THE IRONY of the current situation isn’t lost on me.

I’m sat here in the 35-degree heat, profusely sweating in the same way that Prince Andrew doesn’t, all while writing about the latest album from Freak Heat Waves. I mean, Freak Heat Waves!? The universe clearly has a cruel sense of humour.

And so it’s with a head full of these fears about rising temperatures, the inevitable demise of the earth and other climate based-concerns, that I begin this review of the aptly-named Zap The Planet. It’s the fourth album from Freak Heat Waves and it continues their musical evolution with a focus on themes of climate change and relationships set against a backdrop of precise, intricate beats, hypnotic vocals and synths. Lots and lots of synths.

After emerging from a small town in the prairies of Canada more than a decade ago, Thomas Di Ninno and Steven Lind have released a string of albums that have all explored different aspects of Freak Heat Waves’ sound. Zap The Planet is no different. Instead of the Krautrock of their 2010 debut, the futuristic punk of 2015’s Bonnie’s State of Mind or the all-out maximalism of 2018’s Beyond XXXL, Zap The Planet sees the pair continue their evolution with a dip into otherworldly electronica.

Relatively sparse but skillfully curated layers of synths and drums blended with electronic samples have resulted in eight captivating tracks with textures that are comparable to alien soundscapes. The myriad of electronic effects also creates an otherworldly feel, whilst a fascinating contrast comes from the mix of hip-hop beats and rhythms that are reminiscent of acid house, yet slowed down. Stoned house, if you will. Drum machines, looming synths and more reverb to cause a navigation crisis for bats; these are the building blocks of Zap The Planet.

The opening instrumental track, “Off Axis”, kicks off with a foot-tapping, Afrobeat-influenced rhythm before the synths come swooping in, piercing and almost choral with a repeated motif that reverberates above the deeper, hovering scraps of melody. Simple but enthralling, it slices through the backdrop of the drums and droning chords, lifting the track to jarring and unearthly heights.

Its followed by “Busted”, in which a menacing drumbeat opens the song, industrial and unsettling as it builds a sense of uneasy anticipation. It’s agitated and restless. Tense. Then the track suddenly builds with a fragmented jangling melody that rings out over the thundering drums, interspersed with a noise similar to gunshots. This dark and unsettling tone is developed further by the vocals. Brace yourself for the vocals!

Drawn out and so low that they’re barely perceptible to human ears, the vocals are instantly mesmerising as Steven Lind walks the line between soothing and creepy, frequently toppling into the latter. What’s particularly striking about them is that they often feel like another layer of instrumentation that’s been woven into the songs’ textures. In fact, in “I’m Zapped”, the infectiously catchy hook feels like more of a chorus than the baritone drawls of “Baby, I’m zapped”. While this is effective and fascinating, it sometimes detracts from the lyrics which occasionally come across as a side note; something that you have to choose to focus on instead of something that you’re instantly pulled to. Yes, you’re drawn to the voice, but you’re not drawn to the lyrics. I should note that this isn’t the case across the whole album but it still feels a shame, as Freak Heat Waves clearly have something to say.

Speaking about “I’m Zapped”, Steven Lind said: “The song explores the ways that one could feel personally depleted (zapped) and also suggests that we are zapping the planet.

“The main lyrical themes are personal ones, closer to the diary zone in comparison to the more political and abstract lyrics we’ve had on our previous records.” See, we’re missing out on some interesting stuff here!

The first single released from Zap The Planet was “Dripping Visions”; or, to use a more descriptive and accurate title, ‘Soundtrack to the Apocalypse’. With those lethargic, hypnotic vocals simmering against a backdrop of wailing sirens and drones, it’s unsettling and strange, like a trip down the rabbit hole to Wonderland. And it’s definitely Tim Burton’s Wonderland. Have a watch of the weerd, duck-festooned video, down below.

Its followed by “Something Fresh” in all its alien glory. A conversation between two competing melodies plays out against a backdrop of ghostly drones and rolling waves of synths.  Freak Heat Waves have also added refined but punchy drums into the mix to create a song that feels like you’re witnessing a flash mob break out at UFO crash site.

Next comes a burst of trippy energy in the form of “Let It Go”. Opening with dainty and airy synths that seem to dance above the sharp, intricate percussion and rhythmic record scratches, it gets off to a strikingly bright and upbeat start. The synth texture quickly builds with a compelling retro feel but there are also aspects of vaporwave chucked into the mix too, along with the simple but hypnotic motifs that drop in and out.

It’s a skillfully created piece of music and one where everything gets a chance to shine as the layers of sound peel back, revealing its complexity. However, the upbeat, hazy tone is offset slightly by the darker atmosphere that comes with Steven Lind’s signature vocals. The contrast is a bewitching and soothing, but not without a hidden menace. Think Javier Bardem guest presenting CBeebies Bedtime Stories. That kind of vibe.

“Let It Go” is followed by the penultimate track, “In Your Realm”. Deliberate and heavy, it’s driven by a hip-hop beat that makes for a jarring yet effective contrast with the creeping vocals as they proclaim, “I’ll try to be kind”. It’s a phrase that sounds about as sincere as a pre-printed message in a greeting card thanks to the ominous tone with which it’s delivered. However, the snippets of melody that float over the vocals swiftly alter the mood, transforming it into something soothing and almost lullaby-like. The lyrics themselves work well here; they’re alluring and almost hypnotic. Trust me, the command of “Tell me something nice, baby, nice,” will be ringing in your ears long after the song fades out.

And finally, “Nothing Lasts Forever”, which is a fitting end to the album in both name and sound. It’s warm and woozy, like getting drunk on a summer’s evening; it somehow sounds simultaneously tropical and celestial with snippets of choral vocals scattered across the track. It’s calm, too. This time the vocals err on the soothing side of the relaxing-creepy divide as they blend with the gentle, polished percussion that keeps everything sauntering along nicely as Freak Heat Waves bring the album to its end.

All in all, Zap The Planet is a triumphant and bold album. Polished and precise, it marks another transformation in the sound and style of Freak Heat Waves, with a step into the weird world of psychedelic electronica.  It’s also an album that offers some escapism thanks to the music’s ability to transport you across the cosmos with its alien textures; although with those dark and foreboding vocals following you about it’s hard to tell whether it’s always a pleasant form of escapism. Have a listen; decide for yourself.

Freak Heat Waves’ Zap The Planet will be released on digital and vinyl formats on September 4th. To grab yourself a copy, visit Bandcamp, here. 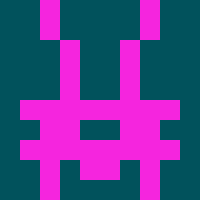 About the Author Charlotte R