Track: Chapter And Verse – Something In The Water

Premiere: One day, After school – Hammer and Anvil

News: This Other Kingdom to release new album on Wrong Way Records

Gold Panda’s first album, ‘Lucky Shiner’, is – to me – one of the electronic albums of recent years. I credit it (along with Mount Kimbie’s ‘Crooks & Lovers’ and Baths’ ‘Cerulean’) with completely re-shaping my perspective on electronic music. As a long-time lover of drum n’ bass and the likes of Aphex Twin, Boards of Canada and Autechre, I never really looked beyond either a helter-skelter skank or an immersive headphone sink into a bean-bag. House music didn’t work for me; I just didn’t ‘get it’. That was until I heard Gold Panda and avenues I never even knew existed began opening up left, right and centre. This was glitchy, textured, shuffle-y music with a relatively subtle bassline which just sounded beautiful.

Of course, to simply label Gold Panda a ‘house’ musician would be an utter disservice. In fact, to label him anything other than ‘a musician’ would be the same – this is a guy who draws from many, many influences and clearly has a wildly broad taste in music.

So, to the newest release. A slight change in label backing has seen ‘Good Luck and Do Your Best’ put out on City Slang, whereas previous releases were released on Ghostly International (for the record, GI have a brilliant roster of musicians, including the likes of Tycho, Com Truise, Shigeto and The Sight Below). Going from a more electronic-influenced label to sharing a roster with artists as varied as Lambchop, Broken Social Scene, Why? and Caribou could potentially help Gold Panda reach a wider audience, but this man needs no leg-up – ‘Good Luck and Do Your Best’ is good enough to speak for itself.

Right from album opener ‘Metal Bird’, this is Lucky Shiner-era Gold Panda all over: glitchy tones, bright notes, warm textures and, after about two minutes, a gloriously subtle syncopated bass-hi hat-snare clap backbone. This is continued by one of the absolute stand-out tracks, ‘In My Car’. Again, the formula is similar, except for a slight change – the gorgeous acoustic snare. Sampled vocal melodies float over the wonderful sound of a Japanese koto as the insistent hi-hat takes a breather before it all comes soaring back in unison, until each element gently recedes one-by-one.

I’ll make a quick retrospective comparison here: at this point of Gold Panda’s last album, ‘Half of Where You Live’, I was a little underwhelmed. It didn’t grab me in the same way that the opening one-two hit of ‘Good Luck and Do Your Best’ did, perhaps lacking direction and relying too heavily on the bassline. Here, however, everything melds perfectly. Gold Panda isn’t doing anything drastically different but what he is doing is downright brilliant.

The ethereal, oriental hip-hop beat ‘In My Car’ is equal parts Nujabes and Clams Casino. The more dance-oriented ‘Chiba Nights’ and ‘Haylards’ give a nod further back, to the likes of Richard D. James and Squarepusher. ‘Haylards’, especially, has Gold Panda burying a simple beat (straight 4/4 bass drum, hi-hat triplets and syncopated snare) so low in the mix that it could pass for a slightly more directional Sight Below number. The wind chimes, too, would be just as at home on one of Pantha Du Prince’s more ambient cuts. ‘Time Eater’ and ‘Pink and Green’ feature similar clamorous electronic tones to that of Lone, an artist that Gold Panda clearly shares a lot of influences with. Penultimate track ‘Unthank’ is a floaty wee arrangement – pure ‘Hi Scores’-era Boards of Canada – before album closer ‘Your Good Times Are Just Beginning’ ties things up delightfully. Think shades of DJ Shadow’s ‘Organ Donor’ but with so much more; an exquisitely uplifting song which features a gentle trumpet section backed by a simple, warm piano melody.

I am aware that I have just mentioned many different artists and how one might relate any number of tracks off this album to other artists doing similar. The difference here, however, is the cohesion of ‘Good Luck and Do Your Best’ as a whole piece. Whilst there is no outright theme, per se, it was created against the backdrop of an inspiring visit to Japan – the previously mentioned koto and wind chimes are not featured so prominently as to make it a homage to the Far East, but they certainly help create a milieu upon which the album is built. Therein lays the real beauty: Gold Panda’s ability to meld many elements to create something much greater than the sum of its parts.

Besides maybe ‘Song For A Dead Friend’ (which, whilst not a bad song in its own right, could be the backing track to a David Firth cartoon), ‘Good Luck and Do Your Best’ is an absolute winner from start to finish. Other artists were using similar techniques five years ago but none were at this level; this album is the finished article. Minimally-arranged songs have been meticulously built to create a warm, bright, organic sound which will not fail to put a smile on your face. This is the soundtrack to a warm, blissful summer and is one of the best electronic releases you’ll hear this year. 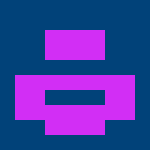 Track: Kalbells – ‘Diagram Of Me Sleeping’: languid synth’n’sax pop to wrap up in the covers to

EP: Flowerkid’s ‘Everyone Has A Breaking Point’ charts a poignant journey of pain, growth and resilience over perfect pop structures.

Album Review: Justin Currie – This Is My Kingdom Now