See: New videos for ‘If You Run’ and ‘Move Together’ from Joshua Homme’s Desert Sessions Volumes 11 and 12 In Collaboration With New York Film Academy

Droppin’ Knowledge: Behind The Boards With argov

Quickies is an exhibition of how the true master craftsperson can compress all their skill and mastery into a single, quick stroke.

Last week, Quickies by The Magnetic Fields hit my inbox, ironically accompanied by the longest press release I’ve seen in a while. In it I found a description of Stephin Merritt’s writing process: a series of spatial and temporal limitations inspired by the “flash-fiction” of author Lydia Davis that forced Merritt to make use of what he had available to him. The Magnetic Fields have always been clever and they’ve always been brief. This is why the album, composed of 28 short tracks released on 5 vinyl EPs, feels so natural.

Quickies is somewhat childish. Not in an immature way, but in a Midnight Gospel way (if you haven’t seen Duncan Trussell’s psychedelically existential cartoon yet, do it). The songs are incredibly short, the longest track clocks in at 2:35, yet most -if not all- are so well-developed that you don’t need them to be longer. The opening track Castles of America introduces the fictitious themes and stories found throughout the record. There’s a song about wanting to join a biker gang. There’s a track about the rose-colored world left behind after all the politicians die, which, although I don’t want wish death upon anyone, is so relatable it became one of my instant favorites. There are Tom Waits moments (I Wish I Had Fangs and a Tail), traces of Lee Hazlewood (I Wish I Were A Prostitute Again), and classic Magnetic Fields’ lyrical prowess: describing a rocky relationship as being like Kraftwerk in a Blackout is just awesome. For the time being, The Price You Pay is my #1, yet this record offers so much that if you ask me next week that’ll probably change.
Brevity is difficult. I often take so long setting up context that I lose my wife before my story really begins. This review is a case in point- I wanna say so much more about every song, but in the spirit of this record I’ll just say this: Quickies is an exhibition of how the true master craftsperson can compress all their skill and mastery into a single, quick stroke.

Quickies is out now via Nonesuch Records. 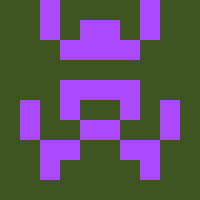 About the Author Dustin Zozaya