Track: Secret Shine – For You, plus new album news

Gavin James has previously supported Ed Sheeran and Sam Smith on tour amongst others, building up a great following, and it was recently announced that he will be headlining Dublin’s 3Arena in December. Based on everything I’d already heard, I couldn’t pass up the opportunity to watch him play and after promising to be on my best behaviour I was allowed to leave Manchester and venture to Liverpool to watch him on his current Bitter Pill album Tour.

The venue Liverpool Arts Club was very small and intimate, which on a personal note I loved. My friend, who was taking pictures for the night, joked the only way to get any closer would be a stage invasion.

First up was the support act Craig Gallagher, who within a minute of being on stage had everyone in the palm of his hand with his talent and his stories. There was an amazing connection between Craig and the crowd and being an intimate venue when anything was said by a member of the audience it was immediately and wittily responded to by him. The highlight was when told a story about a girl who dumped him by phone aged 15, while he was at a Snoop Dogg/P Diddy gig for an April Fools joke, which had everyone in hysterics but then he sang the most touching song he wrote about the experience which although is officially called ‘Back To The Start’, which has another unofficial title, which sadly, I cant write in this review. You’ll have to go to the gig to find out!

For the entire set it seemed like we were on an emotional rollercoaster of laughing, feeling deeply touched and then dancing and clapping wildly. Craig Gallagher was the perfect start to a great night and definitely worth checking out if you haven’t heard him before.

Next up was Gavin James, and with the crowd already well warmed up, when he came on stage to the soundtrack of R.Kellys Bump ‘n’ Grind the crowd immediately got the joke and joined in. He then pickeed up his guitar and randomly broke into performing a snippet of Eye Of The Tiger. Gavin James is not only immensely talented he is also instantly likeable, and has that self-deprecating wit that makes people watching feel instantly at ease.

He starts his set by playing Stay Another Day, he has a beautiful soulful voice that breaks into falsetto and performs as though you are the only person in the room. I noticed that almost everyone in the crowd knew all of the songs in his set especially his current hit Book Of Love and were singing them back to him, as well as giving him some banter to respond to, which he seemed to enjoy although that didn’t stop him at one point from telling a few very loud people to stop talking so he could continue to play.

There were many memorable/funny moments and it’s hard to choose between them, he sang his hit 22 and the previously lively crowd went completely silent until he’d finished singing. He also got into the middle of the crowd for a sing-along of Ray Charles You Don’t Know Me. The night ended with a duet of Bruce Springsteen’s Dancing In The Dark featuring Craig during which they spent most of the time not being able to sing for laughing and with Craig playing the Harmonica.

He mentioned that it was his first ever gig in Liverpool, but that he’d love to come back and a lady in the crowd shouted “You can stay at mine!” which caused more laughter. The whole night was a mixture of amazing vocals and guitar playing, stories and hilarious audience interaction. It was less like a gig and more like a private party with lots of friends. If you get the chance to catch Gavin James on his current tour, make sure you go, it’s a magical experience.

You can find out more about Gavin James at http://www.gavinjamesmusic.com/
Photo credit: www.labratphotos.co.uk/

Next Live Review: Faultlines, Our Hollow Our Home and Cold Summer @ The Key Club Leeds, 15.04.16 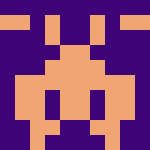 Review: The Yeah Yeah Yeahs Are White Hot With ‘Cool It Down’

Video: Celebration Guns release video for The Me That Used To Be

Review: The Yeah Yeah Yeahs Are White Hot With ‘Cool It Down’

Yeah Yeah Yeahs are back with an album that reimagines their sound for and addresses the concerns of a new generation.

Multi-platinum selling Fueled By Ramen band All Time Low have shared their new single ‘Sleepwalking.’Available today on all streaming platforms, ‘Sleepwalking’ is accompanied by a Eduoardo Ranaboldo directed official music video streaming on the band’s official YouTube channel and marks the first new release from the band since 2021. Regarding the song, vocalist and guitarist Alex Gaskarth shared, “Sleepwalking is a reflection on time spent away …

German symphonic metal superstars Beyond The Black, have returned to announce their self titled fifth studio album that will drop on January 13th 2023. Following the release of recently highly acclaimed tracks ‘Reincarnation‘ and ‘Is There Anybody Out There?‘, the band have shared the third single ‘Winter Is Coming’. Singer Jennifer Haben comments: “Many changes happened in the world and behind the …

Omaha-based hard rock quartet THROUGH FIRE have released their new single and music video for ‘Karma Kills’, out now via Sumerian Records.  Speaking on today’s release, guitarist Justin McCain comments: “What goes around, comes around. Karma kills.” Before to today’s drop, the band also previously released their animated music video for ‘Doubt’, which you can also watch here. The American rock band from Omaha, Nebraska, …

6th October 2022: Billy Idol is bringing his The Roadside Tour 2022, to the UK from 13th October. Killing Joke are delighted to be announced as special guests for the tour alongside Billy’s other tour guest Toyah, after Television were forced to make a late withdrawal. Television are disappointed to announce: “Unfortunately due to illness, we have to cancel the forthcoming UK tour …