Track: Motionless In White – Creatures X: To The Grave

TRACK: Lanterns on the Lake tease for December EP with ‘Baddies’; tour news

Track: The Waterboys – Why Should I Love You

Track: Autopsy Share a lyric video for track Maggots in the mirror

Do you remember listening to Cage The Elephant for the first time? I do.  I was immediately drawn in by this larger than life figure they imbued. Who was this witty and snotty rock star with bombastic sing-along lyrics about doing things for the thrill?  They burst on the scene as no-frills rockers and something to be seen and heard, their live performances resonated with their name, they were a beast ready to be caged. As time passed, I have tampered my thoughts about them, I think I’m not alone in the camp that they weren’t quite legendary or mythical, they were just bluesy rockers from Kentucky. Their second album, Thank You, Happy Birthday was intriguing, and despite the Grammy nomination for their 3rd, Melophobia, they were turning into somewhat of an afterthought.  They were about to be swallowed up in that spectrum of bands with strong debuts and singles but not much substance to back up the rest (think Surfer Blood).  Here comes Trouble.  Somehow on their fourth album already, Trouble is the second single from their newest album Tell Me I’m Pretty (Columbia Records). On Trouble, they are a band that has fully realized their strong points and are humbled enough at their craft to express it.  It’s a fuzzy kicker with psych rock and americana tones, as Matt Shultz swoons, “Got so much to lose, Got so much to prove, God don’t let me lose my mind.” they have never been more self-assured and if it’s any indication more professional and ready to show the world their true talents. 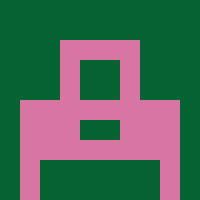 About the Author Ryan Jameson Weaver

TRACK: Lanterns on the Lake tease for December EP with ‘Baddies’; tour news