Features / PlaylistsInterviewMusicSoundtrack of our Lives

Soundtrack of our lives: Hattie Briggs

All 12,300 tickets for the 51st Cambridge Folk Festival were snapped up again this year with fans flocking to enjoy the likes of Joan Baez, Wilko Johnson, Passenger, Joan Armatrading and festival favourites the Proclaimers amongst others.  Alongside these dyed-in-the-wool legends of the melody and the song was a young lady called Hattie Briggs who played ‘The Den’ on Friday evening to showcase her debut album ‘Red & Gold’ which I have to tell you is a little bit of something wonderful.Hattie is twenty-two and resides in Glorious Gloucestershire (along with the best of us).  At age seventeen she and many others discovered her chocolate coated voice at college then, whilst in her second year reading Russian at Oxford she found herself writing songs instead of essays and, ‘on a whym’ sent out some of her work which promptly got her nominated for a BBC Radio 2 Young Folk Award.  She made the decision, quite rightly I think, as a result of the nomination to give up the sickle in pursuit of the sonic and has quickly become someone to watch and more importantly, hear.‘Red & Gold’, released in April of this year, includes elements of the influences she gained from her Mum and Dads record collection including Joni Mitchell,  Eva Cassidy and James taylor as well as, for me, snippets of Judie Tzuke’s ‘Welcome to the cruise’, Damien Rice’s ‘O’, Edie Brickell’s ‘Shooting rubber bands at the stars’ and just a little bit of the unplugged tracks from ‘August and Everything after’ by Counting Crows in the soft and slow piano that hangs on her every word…words that (almost) in her own words (about the late, great Peter Seeger), ‘Never go to waste’.The album was produced by Peter Waterman, not the 80’s Pop Svengali and Trainspotter…that’s Pete.  Peter Waterman has produced tracks for Joss Stone and Uriah Heap amongst others and, after scouting-out Hattie has created a beautiful album with his ability to, and I quote “Create a massive and multi-dimensional sound”.  I’m old school and still only listen to music via the wonders of valves and wires (google it kids) and was taken aback by what came out of the vast array of woofers and tweeters here at Artse HQ when I first played “Red & Gold”.  It’s not often that the production hits me so immediately and fills my room to the brim with sound…Elton John’s “Live in Australia’ album produced by Gus Dudgeon with a little help from James Newton Howard was the last time and before that, anything produced in ‘Q Sound’ by Roger Waters et.al (“If the dog barking at the beginning of the record doesn’t sound like he’s in the yard next door then your speakers are out of phase” – Amused to Death) so the young (27) Mr Waterman has done, in my humble opinion, something quite incredible.The album was co-produced by Dan Cassidy, brother of the late Eva Cassidy, who also plays violin on Hattie’s cover of ‘Fields of Gold’…such a great cover it is that I (temporarily) forgot my loathing for Sting (being a huge early Police fan) and realised that, in Hattie, we have found another ‘Songbird’.Although this is not a review of her album, I have to mention track four; A cover of ‘To build a home’ from the 2007 album ‘Ma Fleur’ by The Cinematic Orchestra which is simply magnificent.  If this track was your first introduction to Hattie’s voice then you would be forgiven for thinking that the vocal is auto tuned and played through a sampler – Cher style…but it isn’t.  Her incredible melancholic voice and range sits on the cello like an extra string and wraps itself around your insides before shooting up your spine in the second chorus and fleeing through your tear ducts.

Hattie is very smiley, very tall and very confident, both in her own skin and with what she wants to achieve, but she is no diva and is determined to remain that way.  She even confirms this on ‘Pull me down’, the opening track of ‘Red & Gold’ with lyrics that remind her, and those closest to her to ensure she remains with feet firmly fixed on terra-firma.  Hattie has a beautifully clipped voice which reminded me of Helena Bonham-Carter in ‘A room with a view’, before she turned into one of Tim Burtons own (slightly mental) characters, and she is most certainly an English Rose.  Whilst talking to her, I was also reminded of an article that I wrote about Roison Murphy (Moloko) for Backseat Mafia.  In the article, much to Roison’s delight (delivered via Twitter) I said that ‘Roison means little Rose…she is beautiful but possibly not without thorns’.  I couldn’t find any thorns on Hattie and I know it’s perhaps too early to tell but I’m pretty sure she’s going to remain that way for a good while yet, and hopefully forever.Although still relatively young and new to the strange world of music journalism, Hattie was totally undaunted by my massive eyebrows and the fact that I am twice her age and we sat down over Lapsang Souchong (Hattie x1) and double Machiatos (Me x4)  to talk about the “Soundtrack of her Years”.BM: What was the first record (track) you ever bought?HB: Either ‘Complicated’ by Avril Lavigne (from her debut album Let Go) or ‘Fire & Rain’ by James Taylor.  James Taylor’s music has been a great influence for me.

BM: What was the first track that influenced you to start making music?

HB: Eva Cassidy…Fields of Gold.  We had a family friend in Sussex who would get us all around the piano and could play anything, my ‘Wow’ moment was definitely with this track which I’ve covered on the album.

BM: How about the first record you ever covered?HB: I sang ‘Moon River’ at college when I was seventeen.  That’s when I realised I had a voice.

BM: And the song you’d like to cover but can’t…or won’t?HB: Joni Mitchell…either ‘Free man in Paris’ from her 1974 album ‘Court and Spark’ or ‘California’ from ‘Blue’ (1971).  Her sound is so individual that I haven’t yet quite worked out how to interpret it.

HB:  Anything by Kygo, the Norwegian DJ or David Guetta.

BM: And your Sunday morning tune?HB: ‘Gotta have you’ by ‘The Weepies’, an American husband and wife folk duo who got together as a result of their love for each others music.

BM: The track most likely to get you up onto the dance floor?HB: ‘Billy Jean’ by Michael Jackson.

BM: And a possible karaoke tune?HB: “Hmmm”…not something I’ve ever done but I suppose ‘Autumn Leaves’ by Eva Cassidy

BM: The track that we’d be surprised to hear you like?

HB: “Super Massive black hole’ by Muse…I like the anger in it.

BM: And what about a favourite track made by a friend?HB: ‘Belsize Lane’ by ‘The Kings Parade’, their debut single “Bunched up letters” was released this month.

BM: What about a band or artist who should be bigger?HB: James Blake…He creates an interesting mix of soul and step.  Limit to your love is a great track and he does an awesome cover of ‘A case of you’ by Joni Mitchell.  His unique voice works so well, it’s a little like Antony Hegarty of Antony and the Johnsons.

BM: And do you have a (sonic) guilty pleasure?HB: Taylor Swift – “I knew you were trouble”.  I think she conducts herself really well and hasn’t risen above herself.

BM: And, in your opinion, the greatest track ever made?HB: ‘Bohemian Rhapsody’ without a doubt. It’s five tracks in one and is both experimental and mainstream. It’s incredible.

BM: So now the slightly awkward one…the track you’d like played at your funeral?HB: Easy…James Taylor again, ‘Enough to be on your way’…“so the sun shines on his funeral just the same as on a birth, the way it shines on everything that happens here on Earth”

BM: And finally, the track you are most proud of from your own catalogue?HB: (After some thought and a long ponderous sip of Lapsang) ‘Old Eyes’…it’s sort of about my dog, Panda, and other things too.  I’m really pleased with ‘All about love’ as well but I guess if I had to choose one it would be ‘Old Eyes’.

So, high on meeting Hattie and the four Machiatos I boshed, I ran home happy…some seventeen miles from Stroud, then got a taxi back to fetch my car and listened to Red & Gold all over again, not for the last time.

Next post Film Review: The Confessions of Thomas Quick 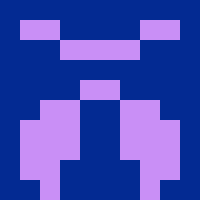 About the Author Phil Cook

Phil Cook lives in the Cotswolds with three small up-and-coming Rock Stars with PHD's and a certain Redhead with a high tolerance for stupidity. When not pampering to their needs he divides his time between music and minimally invasive surgery. He is one half of ARTSE, an anarchic ART movement and his first novel, Adams Apple - a collision of Rock n Roll, particle physics, Arthurian Legend & High-Grade Cannabis, will be published in late 2015.
Twitter

Track: Jesca Hoop – Outside of Eden