ALBUM REVIEW: Kris Drever – ‘Where The World Is Thin’: a fine, open and wise set from Orcadian folk star

News: Embrace Get Their First Vinyl Reissues For Albums ‘Out Of Nothing’ And ‘This New Day’

TRACK: A Lily – ‘Slept Through The Storm’: complex minimalism for a dark time

Hidden Figures is a true story about races, in both senses of the word. It is about black and white communities in segregated 1961 Virginia, and about three women (and one nation) sprinting to be first.

NASA ‘calculator’ Mary (Janelle Monáe) dreams of being the Agency’s first African American woman engineer but can’t get there without attending classes at an all-white high school. Unable to gain entry, she takes her case to court. Dorothy (Octavia Spencer) is acting supervisor of NASA’s ‘coloured’ calculations team. Aware that NASA’s new IBM machine is about to render her job redundant, she rushes to understand programming before the computer is functioning. Katherine (Taraji P. Henson) the star of film, is assigned to work on the launch of ‘Friendship 7’ and plays a key role in helping the USA compete with Russia in the Space Race.

They have brilliant minds, but struggle to progress because of their race and gender. Dorothy is deliberately thwarted by her jealous colleague Paul, played by Jim Parsons, who has traded in his Transformers T-shirt for a skinny tie to portray an even more sullen version of Sheldon Cooper. (Lines such as ‘I think you’ll find those calculations are correct,’ could have been lifted straight out of a Big Bang Theory script). She is also underestimated by her love interest who is surprised a woman can do anything as taxing as work on a space programme. She takes it all in her stride, rarely loses her temper, and dishes out plenty of sass. ‘We’re there not because we wear skirts. We’re there because we wear glasses,’ she tells her future husband, before doing an about-turn and strutting back to the church buffet.

It’s a well-made, gripping film, worthy of its Oscar nomination, but it is flawed. The film’s portrayal of the struggle for racial equality is somewhat sanitised. Murders of African Americans are referred to briefly and in passing by TV news-reporters, and the brutal suppression of anti-segregation protests is hinted at by a three second-shot of a police dog’s bared teeth. Having said this, it would be unfair to say that that Hidden Figures ‘glosses over’ the violent reality of the struggle for racial equality simply to make the film more palatable, as the racism the women face is the ‘glossy’ kind – they are not held back with violence or threats, but with smiles and good excuses from the mouths of respected professionals: NASA personnel, judges, librarians. They overcome it, not with political action, but with their exceptional ability and perseverance, shifting attitudes in the process to a miraculous degree.

The suspicious NASA head played by Kevin Costner melodramatically brings down the ‘colored’ sign above a bathroom door with a sledge hammer when a screw driver really would have sufficed, and Dorothy is finally referred to as ‘Mrs Vaughan’ by the previously ice-cold office bod, Vivian (Kirsten Dunst). The message is simple: with talent and determination, anything is possible. This may be a film about surging change, but there is nothing new about the age-old, familiar theme of the American Dream that sits at its heart.

Hidden Figures is out on general release from 17 February. There are advanced screenings in London, Sheffield and Glasgow Cineworld cinemas from today. 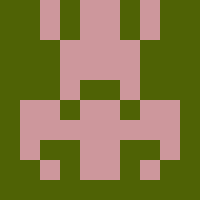 About the Author Helen Raymond