Track: Jordan Merrick – ‘This Rainy Day’: sweet Americana to curl up inside

See: Rachel Sermanni – ‘Swallow Me’: graceful, spiritual and lighter than air, it’s the title track from her June EP

As a founding member of the likes of Brand New Heavies, Campag Velocet and Heliocentric World, Lascelle ‘Lascelles’ Gordon certainly has pedigree. His new album with his Vibration Black Finger band – ‘Can You See What I’m Trying To Say’ takes inspiration from obscure spiritual jazz collectives of the 70s, working with a huge number of collaborators on an album of groove and soulful flow.

‘Empty streets’ is an eerie start which definitely gives us the emptiness, is harmonically quite static and, like much of the album, gains its colours from the timbres of exotic instruments and textures. As a whole, this album is certainly full of contrast and follow on ‘Adrianna’ gives us a literal feeling of an exotic street as we hear its sounds. ‘Acting for liberation Pt 1’ is a really nice solid groove, lovely individual playing, exotic sounds with modern textures but the sombre mood continues. The riffs are cool but tonally very restricted, especially for all of its ten minutes.

As the album progresses ‘Gutkind’s Dream’ is like the briefest glimpse of optimism, the piano glows, then stops….. unexpectedly leading us into another tasty groove overlayed with a child speaking, ‘Law of the Universe’. Unexpectedly short again we head into ‘Can you see what I’m trying to say’, which is really quite free with but textured with ancient and modern sounds, and it feels like another statement in a questioning, uneasy mood.

We slide into ‘Acting for liberation Pt 2’ with it’s clear statements, but again limited harmonically. ‘Persia and Cornelius’ raises a sense of optimism, beautiful piano playing is punctuated with small sentences and a very uneasy oriental reed accompaniment, although even after many times of listening I found the reed instruments natural timbre and pitch to be slightly distracting from the overall whole.

‘The Glory’ throws us into a totally different texture, modern sounds, production and a gentle groove definitely gives us the feel of modern gospel music, juxtaposed with a street band of lyres playing ‘When the saints go Marching in’. Certainly interesting and leading us into a more optimistic note of ‘Soul Fire’, which sees warm textures and sounds against a seemingly old, taped recording. This is certainly one of the albums most interesting and thought provoking tracks. ‘Twelve Wire Byrd’ is another short, exotic statement featuring percussion and saxophone. The impressively strong and flexible vocal line of ‘Only in a Dream’ eventually leads us to what feels like a natural culmination and a joyous participation of everyone.

This album feels to have a strange juxtaposition of tracks, and although I loved the variety of ideas it maybe suffered from a restricted harmonic language. I also yearned for some development of ideas actually. It’s an album with a lot to say, and it almost comes off. 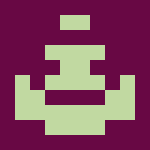 Christopher Kalil went to hell last year. Or maybe everything went to hell for him. He’s not sure exactly how, but the Los Angeles-based former leader of Arms Akimbo is still hanging on. He now operates as Saint Christopher, a project that, with the best will in the world, was launched at the worst time: …