Meet: Ivar Bjørnson and Iver Sandøy of Enslaved discuss the new album and life in the band

On A rainy night in Nottingham (aren’t they all?), I brought my 14-year-old to see Bryde. She’s been a fan since seeing them at Deershed Festival four years ago – is there anything better than sharing live music with your kids before they are of the age to not be seen dead with you? Not much, I don’t think.

The Bodega has long been one of my favourite venues – maybe the best of the ‘room-above-a-pub/bar’ variety; I can’t think of a venue with less of a barrier between band and audience –  the bands playing metre from the crowd on a one-foot stage. It’s as far from the O2 arena as I can imagine and in a good way.

The support was Wilted Flower, a duo who are (to an old boy like me) best described as Goth Folk. Their songs and lyrics are preoccupied with doomed love and mortality; the words ‘bereft’ and ‘death’ make frequent appearances. But Michaela Woods has a fabulous voice, and they’ve got spellbinding tunes too.  I liked them a lot and wonder what a rhythm section will do for their sound. Also, they finished up with a great cover of Billie Eilish’s Happier Than Ever, which delighted my daughter and is probably why she’s playing them in the kitchen as I write this.

Bryde has been the project of Welsh Singer-Songwriter Sarah Howells for the last eight years and her standard operating procedure is pop/rock arrangements with a dark. She  performs as a trio with herself on  vocals and guitar, backed by bass and drums (I’m always a bit in awe of those polymaths who are the only guitarist and  lead singer also  – it’s like the ultimate multitasking.)

This was her first gig following the great COVID live music drought and Sarah and her band seemed delighted to be back in front of a crowd – some of whom, including me, bought their tickets nearly 2 years ago. During that hiatus,  these creatives have had to amuse themselves and scrape a living however they can -It’s a reminder that the last two years have been tough on everybody, but especially artists who had no financial safety net.

Bryde start with four songs from the first side of the last album, The Volume of Things. First up is the poppy single Paper Cups, but it was the earwormy ‘The Trouble Is’ which I woke up with stuck in my head this morning – ‘I guess trouble is what you want, trouble is just what gets you off’

Then a trio of old songs from the heavier, more grungey first album and the first EPs let the band flex their rock muscles  and got the crowd moving

A pretty faithful cover of Silent All These Years was a happy surprise for me – although the revelation that only five people in the Bodega admitted to knowing  Tori Amos’ classic (and three of them were on the stage) made me feel ancient.

On the home straight, they played Flies, another highlight from the last album, and a new song, ‘Algorithms’, which I can’t recall now, but did jot down ‘ooh, THIS is good’ on my gig notes….. A couple more oldies and it was time for the encore,  a lovely acoustic Wait from her very first EP and hung around for a chat and to flog records for a while after.

This was a lovely, chilled night. And let’s hope that this time it’s not another two years after she releases the new album this summer before she can tour it 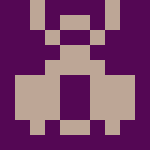 Film Review: Through the Wall

Not Forgotten: The Sensational Alex Harvey Band – Next

Track: An Early Bird unveils the hauntingly beautiful single Fishes in the Ocean

Australian legends, The Church, have announced a release date for their much anticipated new album ‘The Hypnogogue’ – now due out on 24 February 2023 – and to sweeten the wait, they have unveiled new single ‘C’est La Vie’ along with news of an extensive US tour. ‘C’est La Vie’ sparkles with the classic sound …