SEE: Lou Hayter – ‘My Baby Just Cares For Me’: sophisticated electropop for Skint

See: The Finalists release video for ‘Ignore All The Hate (On Your Telephone)’

Feature: Does Manchester really need the two largest music venues in the country?

It opened in 1995 and was originally planned as part of a bid to land the 2000 Olympic Games. With a maximum capacity of 21,000 spectators it is the largest indoor arena in the country, and in Europe, and for several years in the noughties it was the busiest in the world by ticket sales, ahead of New York’s Madison Square Garden. Apart from musical performances it has hosted sports such as boxing, ice hockey, ice skating and basketball, breaking attendance records in each one, as well as wrestling, swimming, darts and monster truck racing. In a normal year it sees around 250 events. With a catchment area that extends well outside regional English boundaries, to Scotland, Wales, Northern Ireland and abroad, it is an institution.

But Manchester’s Arena, which has carried several corporate names (Nynex, MEN, Phones 4 U) but which traded simply as ‘the Manchester Arena’ until very recently when it was renamed AO Arena for the sponsoring Bolton retailer Appliances Online, isn’t everyone’s cup of tea. While many love it (and bands generally speak highly of it) numerous paying customers for musical performances criticise the sound quality in the cavernous dome, its physical size (the view from the top at the back end is of ants performing on a matchbox) in addition to safety oversights like the lack of handrails on very steep stairs. (To be honest it terrifies me to go down them in the dark).

To be fair to the Arena it is using this enforced fallow period to reinvent itself “for the community” and not that long after it previously had to do so as a result of the May 2017 bombing. The owners, private equity group Mansford and the operating/management company ASM Global, are in the process of planning to increase capacity further (an additional 4,000 standing spaces), and sustainably, with new concourse levels, hospitality areas and even a ‘music therapy hub’. This promotional video explains it (access to Facebook required): https://www.facebook.com/ManchesterArena/videos/317593556053279/

There is method in this reinvention and the Arena’s appeal to the public to ‘have your say’ on the proposals to transform the venue. There is a new kid on the block.

Known for now simply as the ‘Eastlands Venue’ it is the brainchild of the Los Angeles-based investment company for the sports and live entertainment industries, Oak View Group (OVG) which operates multiple arenas across the United States and which has internationally known financiers and entertainment industry personalities on its board. This would be its first international arena.

Oak View confirmed two years ago that it was working with Manchester City football club’s parent, the Abu Dhabi-backed City Football Group, on the potential development of a new £350 million arena on land close to the Etihad Stadium, the soccer club’s home. It will be the most expensive venue ever built in the UK and, the CEO of Oak View claims, the “greatest” ever built, anywhere. The land was once earmarked for Britain’s only ‘super casino’ before the then Prime Minister Gordon Brown had one of his religious moments and scrapped it altogether.

If approved, the new arena will have a 23,500 capacity, making it bigger than the AO Arena is presently and it is claimed it will be the most sustainable venue in the UK and Europe, supporting the council’s ambition to make Manchester a zero-carbon city by 2038, and “ensuring it remains a world-leading music city while bringing significant economic benefits.” Those benefits include creating over 3,000 jobs during its construction and supporting over 6,000 jobs across the wider construction sector in addition to the employment prospects of 1,000 jobs when it is built, in an area, East Manchester, which has been hipster-gentrified considerably but which is still poor in many parts.

The rationale is that the live entertainment market has grown and while other major European cities have added venues, Manchester has not and now risks being left behind. London has two large arenas of course, the O2 and Wembley, with others in west and south London occasionally used for musical performances while Birmingham also has two.  In both those cases the venues are geographically far apart. In Manchester’s case they would be not much more than a mile apart. Manchester City Council recognised this risk, and included a potential second arena as part of a city-wide regeneration framework in early 2019.

According to Mark Donnelly, Chief Operating Officer of OVG International, the project is built on a business case and independent analysis that proves two arenas can successfully operate side by side, even in ‘stress-test’ scenarios. Their analysis demonstrates two arenas would enable the city potentially to capture an additional 2.05 million annual arena visits to both venues by 2035 from people living within a 90-minute catchment area. This market alone would deliver an extra £95 million of expenditure to city centre businesses from attendees at both venues.

With two arenas, Manchester can then regain its position as an internationally significant entertainment destination he says, with the additional jobs, visitor expenditure and economic benefits this brings.

The project has gained significant support from local councillors and politicians, the media, and the industry, but not everyone is in favour, pointing for example to the potential for severe traffic jams and attendant discomfort to residents, especially if an event is held at the same time as a match at the Etihad Stadium, which could potentially mean combined attendances of 80,000 in an inner city suburb. If Messi is playing for the club, which looks likely, it would be sold out for every game.

However, OVG insist that events at the arena would be scheduled where possible to ensure that they do not coincide with those at the Etihad Stadium.

While there is plenty of talk about transport sustainability at both venues public transport at the Etihad Campus as it is known is limited to a single tram line (Metrolink) and a handful of bus routes. There is no mainline rail station in the vicinity but the venue would be walkable from Piccadilly Station in the city centre (to which it is connected by the tram anyway). Some additional transportation facility will also certainly be needed.

OVG says it is committed to invest in “improving sustainable buses, trams, and walking and cycling routes” and to minimise disruption for local residents it will fund an extension of the existing controlled parking zone.

As with the AO Arena it seems there will be many other events held at Eastlands. Business conferences aren’t likely to be on the agenda as commerce is quickly getting used to virtual events and Zoom’s stock price is going through the roof. But Manchester could easily become the UK centre for Monster Truck Racing.

But Mr Donnelly is at pains to point out that OVG is “looking to build the best music destination in Europe. It has been designed primarily for music, and will be able to accommodate sport, unlike the traditional model, with arenas built for sport and then adapted to host music, like the existing arena. The roof will be low, and all the seats have excellent sightlines, being closer than the equivalent seat in the O2 or the existing arena.”

On the question of sustainability he says, “The venue will be one of the most sustainable in Europe, with integrated plans for local and responsibly sourced construction materials, the use of renewable energy and low carbon technologies, with energy efficiency prioritised. The arena will also be first-class for accessibility, ensuring both performers and fans with additional needs are catered for.”

There will likely be a knock-on effect for existing arts venues in the city centre such as Home and The Factory, which is to be the new home of the Manchester International Festival but which has to sustain itself for the 98 weeks between those MIF events. While spaces are and will be smaller in both of these establishments it is unlikely that Eastlands will open without the flexibility to offer smaller or divided spaces itself.

It all seems a little incongruous that we should be talking about new and revamped super-venues at all when so many smaller ones are closing down or are under threat around the country, literally hundreds of them. In Manchester alone two iconic venues under the same ownership, the Deaf Institute and Gorilla, were permanently closed in July but then ‘saved’ by a new owner, while the Albert Hall, the cornerstone venue of that previous empire, survives, at least for now. Another iconic venue, Band on the Wall, also closes this month, but only so that refurbishment plans can be brought forward so that it can hopefully reopen this time next year. But many others will go, for sure.

Yet it is for that reason especially that I personally welcome this development, because it sends out a message that there is still hope somewhere over that rainbow and that, more pertinently, a large foreign company is prepared to make a huge investment, in a climate such as this, in an entertainment complex in another country. Big isn’t always better but big is perhaps all we have to look forward to right now.

That said, I’ve always held that the real demand in Manchester, now that Manchester Central (the old GMex) has been retired from music concerts is more for a mid-sized venue, let’s say 8,000-12,000 capacity (the latter amount being equivalent to Wembley Arena in London). What is now the ‘AO’ is too big for many bands even though one of the reasons the Eastlands developers went for size is that they argue that the AO is often limited to around 15,000 capacity anyway and that 90% of shows there between 2014 and 2018 had such a reduced capacity.

The alternative now is the O2 Apollo, the second-largest venue, but that takes only 3,500. So a band or artist that could attract say 7,000 to 8.000 fans but not any more would have to consider two nights there or the expense of the much bigger AO.

But the Eastlands developers are sticking to their guns on size.

You could argue that new infrastructure creates demand. It has in my industry, where the opening of a new airport or just a terminal building often stimulates many new flights and passengers just by dint of being there, at least in normal times.

But the danger is that a brand new super-venue together with a big revamped one will centralise band demand on Manchester at the expense of other cities as it has done in the south of England. Name a venue there outside London which can compete with the capital’s big ones.

If push comes to shove though I’m in favour of it because I’m a believer in localised competition like this bringing the best, and both the bands and the audiences deserve the best. If two private equity firms believe so much in Manchester and the north of England generally to go into head-to-head competition in what is going to be another lengthy period of austerity then so be it and good luck to them. For me it’s a far more realistic representation of what the ‘Northern Powerhouse’ should be than any amount of loose talk around a Cabinet meeting in 10 Downing Street.

Next post SEE: Nadine Khouri - 'To Sleep' (live at The Crypt): beauty benefits the Beirut blast 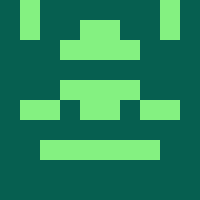 About the Author David Bentley

ALBUM REVIEW: King of the Slums – ‘Encrypted Contemporary Narratives’: the life we live now as we may not wish to see it