TRACKS: The Allergies – ‘Get Yourself Some’/ ‘I’m On It’: Bristol breaks coming atcha hips on 7″

EP: Flowerkid’s ‘Everyone Has A Breaking Point’ charts a poignant journey of pain, growth and resilience over perfect pop structures.

News: Dodgy announced as opening act for the Britrock Must Be Destroyed tour

On the third of December at Liverpool’s Arts Club Loft, GIRLI, with support from July Jones and Amber Jay, took to the stage for the final night of the Damsel in Distress tour. The incredibly successful nationwide tour, which was entirely self-funded by GIRLI herself, was made possible by a crew of remarkable women and non-binary individuals. The venue, which featured intricate patterns engraved into the walls, striking high ceilings and bright strips of light suspended above the stage, was decorated with an on-brand hot pink neon ‘GIRLI’ sign, damsel in distress backdrop and life-size cardboard GIRLI cut-out.

The first support act to take to the stage was Liverpool’s own Amber Jay. Amber’s sound, which comprises innovative bedroom pop production, gentle impassioned vocals, and heartfelt lyricism, is exceptionally captivating, playful, and cinematic. By bouncing and dancing across the stage during her set, it was made clear that she felt at home. One of the opening songs of Ambers set was an eery and haunting track titled ‘the house’, which amber explained was inspired by a film she had once seen. The song has a subtly psychedelic introduction that gradually shifts into an electro-pop beat towards the end. The lyrics echoed around the venue as she sang, which, along with the green lights that illuminated the stage, made the room feel as if it were an empty haunted house, transporting the audience into a scene of a horror film. Amber ended her set with a track written about feeling inferior as a woman in the music industry named ‘equal.’ The sonically powerful synth-pop beat flawlessly complements the powerful and eloquent lyricism. The production is as hypnotic as the angelic vocals that enchanted the crowd. Amber’s phenomenal performance proves that she is undoubtedly one to watch in the coming months.

After a brief interval, the stage lit up red for July Jones. As she bounded onto the stage, the audience were hit with a wave of pure energy. July’s bold fusion of genres, commanding and audacious style of dress and sonically powerful soundscapes intrigued the audience from the very beginning. She opened her set, ‘butterflies’, a track that wasted no time introducing the audience to its infectious and arhythmical sound. As she dynamically paraded and danced across the stage, it did not take long for the crowd to inherit the energy she exuded. Midway through her performance, the pace was brought back down with emotional and raw ballad ‘Air’.  Before the room began to fill with haunting lyricism, sparse and sporadic drums that echoed a beating heart and subtly distorted vocals, July explained the song was written about the feeling of breathlessness when experiencing anxiety. A bright white spotlight illumined her as she sang. This, along with her gentle and delicate arm movements, painted her as an angel, which left the audience in wonderment as their eyes lay fixated on her silhouette. The last track, ‘Aladdin’ starts soft and lingering, which juxtaposes the heated and charged dark beat that flows throughout the remainder of the song. The resilient and direct lyrics “fuck you jasmine” allowed the audience to feel the pain that this person, jasmine, crafted. However, this pain did not stop her dynamic and energetic movement, which took her from one corner of the stage to the next in a matter of seconds. It was evident from how the crowd cheered for one final song that July’s performance was well received.

After a 30-minute interval for July Jones to sign audience members chests with a black sharpie, GIRLI and backing singer Faber ran onto the stage to greet the adoring crowd, the entire room drenched in bright pink light. She was dressed in a silver corset, a thigh-length pannier frame over black shorts and pink gloves, which matched the colour of her hot pink hair cut into a long mullet. Nothing could have wiped away the smile she wore on her face whilst looking out into the crowd to begin her first song ‘has been. The track is sincere, infectious, scrappy, and made to be wildly screamed along to with the help from a live audience. The short and snappy lyrics proved that nothing could stop GIRLI from feeling like a “bad bitch”. Along with the electro-pop beat and subtle auditory videogame references, a surreal experience was created. Each song in GIRLI’s set dived into and explored an important topic, such as the LGBT+ experience, mental health difficulties and love, and ‘Dysmorphia’ was no exception. The track, which begins with the sound of a shattering mirror, was written about body dysmorphia and educating others on how it feels to have such a warped perception of the body you exist in. This track proves that GIRLI does not shy away from difficult subject matters. Body dysmorphia and eating disorders are heartbreakingly prevalent throughout society and this song perfectly and simply encapsulates what it is like to experience it through lyrics such as “One day I feel like a model / Next day I feel like a troll” and “Best way to describe it / When you see red, all I see is blue.” Following ‘Dysmorphia’, GIRLI gave an important and empowering speech about her shows being a safe space for the audience which was met with applause of appreciation and gratitude. The penultimate track of the show was fan favourite and pop-punk anthem ‘hot mess.’ GIRLI danced and tore across the stage to the bouncy and fast-paced beat as the commanding bassline kicked in. Throughout the chorus, the words “hot mess” echoed around the venue as the crowd transformed into an army of backing singers. The sarcastic lyrics, which attack the haters of her scruffy jeans and bright pink hair, do not hold back. Carrying her distinctive hypnotic alt-pop sound, the closing song ‘more than a friend’ was the perfect way to end a fantastic show. The song, which comments on the frustration of falling in love with your same-sex best friend, is particularly poignant for queer people. The audience danced and sang along with GIRLI and Faber and in their final moments on stage, the cardboard cut-out was hurled into the audience: an inventive COVID safe crowd surf. As GIRLI left the stage and the pink lights faded into darkness, the audience were left with smiles plastered across their faces and memories of a pop-punk princess with bright pink hair singing from her heart to last a lifetime.

Next Track: HOLM unfold the post-rock glimmer of 'In Gardens' from their Zurich bunker 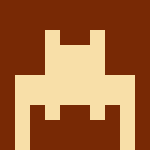 SUICIDE, the celebrated and increasingly thought of as seminal duo of Alan Vega and Martin Rev, is to have their first collection – Surrender, released via the ever brilliant Mute / BMG label on March 25th. From it is a new short film directed by Douglas Hart (My Bloody Valentine, Primal Scream, The Jesus & …

Loose Fit have an angular jagged art pop sound that is quite unique and utterly satisfying. We covered their recent release ‘Exhale’ and found it an exhilarating tour de force, and now the band commences 2022 with news of their debut album ‘Social Graces’, out through Fatcat Records/Spunk Records on 28 April 2022. And to …