Track: Astari Nite anticipate new album with single ‘All Else Is A Curse’

ALBUM REVIEW: Aaron Cupples – ‘Island Of The Hungry Ghosts’ original soundtrack: a sonic film in itself

System Corporation has just released their debut single ‘Dismal Universal Hiss’, giving us the first look into what’s coming from this New Zealand rock outfit on their debut album ‘Fiction Dept.’, slated for release in late 2017.

System Corporation began in 2011, based on a conversation between Phil Somervell (The Datsuns) and their long standing engineer Scott Newth about swapping demos. The two were sharing a flat in Stockholm while The Datsuns were working on their fifth album ‘Death Rattle Boogie’. They were joined by fellow Datsuns’ bandmate Ben Cole (also from The Joint Chiefs) on drums, and then Scott’s brothers and bandmates Andrew and Kent Newth (Rumpus Room).Influenced by The Rolling Stones, John Dwyer (Thee Oh Sees), Ty Segall, Sonic Youth, The Clash and The Stone Roses, and New Zealand’s The Subliminals, frontman Scott Newth takes particular inspiration from both music that is “beautifully calculated” and, at the opposite end of that, “beautifully uncontrolled”.

The name System Corporation is a vague translation of Systembolaget, a government-owned and operated liquor store chain in Sweden. What is more interesting than the fact that both the project and its name were born in Sweden is that, through Systembolaget, the government is able to effectively control alcohol sales and identify problem areas in order to divert profits back into social services. System Corporation is an ironically corporate name for an organization promoting such a socialist ethos.While ‘Dismal Universal Hiss’ might seem to be about the rise of Trump or Brexit, it was actually written at the time of the Occupy Wall Street movement and was about the rise of the so-called 99%, mass protests, and rallying against a broken system that creates ill-gotten wealth and sucks it into a vacuum unattainable by the mere masses.

We spoke to Kent Newth, Phil Somervell and Scott Newth.

Tell us about your debut single?

Scott: It’s a song empathizing with all those who struggle to connect with either big government or big business in their respective countries. It’s about the underlying mistrust and groundswell movement that appears to be growing very slowly, and was influenced by the Occupy Movement.

What’s your favourite work you’ve personally been involved with creating at this point in time? and what about for this project?

Kent: We put down a percussion track on a song called The Zombies Walking, which can be heard at the end of the song, it was a weirdly awkward experience for 3 of us where we played a bass kick, a metal chair and I think a snare, or maybe a mic stand with some drum sticks, and a jar full of spoons. Anyway we had no experience with these instruments but it worked out well.

Can you share a quick anecdote with us about System Corporation?

Scott: We don’t have any anecdotes really; we need to do more as a group. We picked up our name from The Hellacopters’ singer Nicke Andersson, when he was explaining how the System Bolaget works in Sweden. Although he probably doesn’t remember or even know that, so really this is more name dropping that anecdotal.

Who or what inspires you in your musical path?

Kent: Some influences that don’t necessarily present themselves in our music but inspire some of us on a daily basis would be work from songwriters that are consistently great, like Jason Little, Trent Reznor and Thom Yorke. They have all written several albums that are without fault from start to finish, and hang together as a complete package, theme or tell a story.

Scott: I constantly listen to new music and new bands. I have my old favourites of course, but I really like discovering new music and learning from that. I shouldn’t speak for Phil, but he is a fan of Brad Sheppard and does a rocking cover of The Fun Things ‘Time Enough For Love’, under the right circumstances.

Phil: My influences range a lot from the classics really. Stones, Remains and Sonics etc to things like Dead Moon, Hellacopters and the Soundtrack Of Our Lives of more recent times, but I’m mainly inspired to write by hearing new ideas and music that I come across through friends and from time spent on tour. I always want to pick up a guitar or play the drums after hearing anything from John Dwyer (thee Oh Sees), Ty Segall, Sonic Youth or The Subliminals or Pond. I could go on forever.Even though our music isn’t reminiscent of those bands really, the influence to start writing something or start working on an idea comes from listening to records like those. Then I think about who I’m collaborating with and attempt to write something that I think they might be in too and the ideas sprout from there.

Which song do you, as an individual artist, wish you wrote?

Kent: When I was growing up, I remember watching The Doors movie with my friends. The soundtrack is all the best Doors tracks ever on one album, but my favourite track oddly is Heroin by the Velvet Underground. The song starts slow with a violin tone that runs throughout the length of the song. It’s acts like a constant reference point that the melodic Guitar and Bass riff plays off. The song is quite repetitive but the increase and decrease in speed, mixes calm with tension and finally a chaotic climax at the end. It’s a marvel not unlike Hurt by Nine inch Nails in many respects lyrical and musically.

How would you describe your sound in food form and why?

Kent: Soylent Green, unless Phill has something else that tastes better.

Phil: We are akin to Bananas. You can mash us, slice us, eat us raw or cook us. You can even let us grow old and still make a tasty cake out of us.

Scott: We are like a potluck smorgasbord. Everyone brings something weird to the table, and then we all take something different home. We are like musical swingers, but with food, never with people.

What’s next for you?

Kent: We are working to complete the album as a priority for release later this year, but secretly working on a few ideas for the next in our spare time.

Scott: After that last question, I’m going down the shops to buy a pie.

Kent: We are all into this stuff but not all of us, and in no particular order shall the list be written. Science Fiction, squash and F1, robots, conspiracy theories, music and art, writing code, building fences, and what ever Ben does. 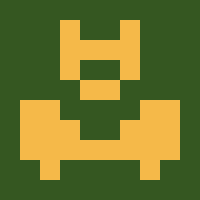 About the Author Mike - Loud Cities

Track: Astari Nite anticipate new album with single ‘All Else Is A Curse’

Track: Charlie Clark releases the glorious and chiming single ‘Don’t Have A Cow, Man!’ and announces solo album for 2021