Track: Not Sitting on the Fence – Ella Fence releases Double A Side Single and Videos

Soundtrack of our Lives: Ross Cameron of Bang Bang Romeo

Two old friends are set to reunite in celebration of their new albums, Tim Rogers and Tex Perkins, and their respective bands, The Twin Set and The Fat Rubber Band. It’s and East Coast run of dates in February 2023 for two of Australia’s much-loved musical icons and raconteurs have a long history together, sharing many stages across the years and a mutual love of each other’s work (not to mention plenty of untold stories of their travels on the road).

Following the release of their debut album What Rhymes With Cars and Girls 23 years ago, Tim Rogers & The Twin Set return with the long-awaited follow-up in Tines of Stars Unfurled, featuring new gem Been So Good, Been So Far (preorder album HERE). Likewise, Tex Perkins & The Fat Rubber Band will unleash the follow-up to their 2021 self-titled release with new album Other World, including the heartfelt first single Brand New Man (presave album HERE).

Expect to catch these fine gents performing individual sets with their phenomenal bands, perhaps culminating in a reunification of TnT on stage to close the show together??? Anything is possible according to Tim & Tex!

“My favourite singer for aeons and a songwriter and friend for the ages. I repeat it again and again, but now the question is…what new kind of trouble can we hoist ourselves unto?” Tim Rogers.

“You wouldn’t believe how much I’m looking forward to this tour. Not only is my good friend Tim Rogers and myself presenting very special new albums, surrounded by great musicians but as a grand finale each night we will have one more chance to play as TnT before the whole shithouse goes up in flames!”
Tex Perkins.

All shows with support from Lucie Thorne. 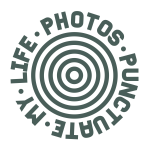 Suzanne Phoenix is a Melbourne, Australia based photographer and artist and self-publisher. Suzanne captures people and places through events, live music and performance, documenting street and daily life.

News: Spacey Jane team up with BENEE on rework of ‘Lots Of Nothing’

News: Daughter release the elegantly meandering new single, ‘Be On Your Way’ ahead of news of long-awaited first album in 7 years

NEWS: Live-stream shows from And You Will Know Us By The Trail Of Dead: UK ‘date’ this Friday

Esben & The Witch will be releasing their new album ‘Hold Sacred’ on the 12th of May via their own label Nostromo Records. “Everything’s changed and nothing’s changed,” says vocalist Rachel Davies of their sixth album, ‘Hold Sacred’. “This kernel is the purest essence of Esben and the Witch since our inception.”  It’s a product of the trio’s deeply important, 14-year-spanning friendship. Together, …

Neutral Milk Hotel announce ‘The Collected Works of Neutral Milk Hotel’, a box set out February 24th on Merge Records, and present the first official release of ‘Little Birds’. Pre-order the boxset here The work has always come together subconsciously for Neutral Milk Hotel’s Jeff Mangum, even this box set. For years, Mangum collected images for an art box of sorts — would it be a Joseph Cornell-style assemblage? An …

Kid Brunswick kickstarts the year with a new single entitled ‘Blow’. The single is a heart-pumping injection of adrenaline-filled electro-rock, with a huge anthemic chorus. Harry says of the track “Blow is about embracing chaos. I haven’t released music for a year so I’m extremely excited to get this out there for people to hear. This song is the …

As Dropkick Murphys prepare to launch their headlining European tour–which includes Wembley Arena in London on January 21–the band will release an expanded edition of their This Machine Still Kills Fascists album digitally this Friday, January 13 via the band’s Dummy Luck Music / [PIAS].  This Machine Still Kills Fascists (Expanded Edition) will feature three live versions of songs on …