Blu-ray Review: Beasts of No Nation

Exclusive: The Last Morrell records ‘The Party’ for Backseat Mafia At Home Sessions

From the smoggy streets of Southeast London comes a scintillating new sound which in no way reflects the location of their inception. After releasing their initial EP, winning a competition to perform at a festival in Spain and playing shows in New York for CMJ Music Marathon 2015, the newly founded band Heavy Heart have taken on the unenviable New Year’s resolution of writing and producing an original song for every month of this year.

To get the ball rolling they have released Time Will Stand Still, a song which continues the dream pop meanderings of their debut EP, This Season, but with an accompanying video that helps to bring their sound fresh meaning.

Filmed on location during their short stint in New York in a collaboration with director Ross McClure and designer Marina Esmeraldo, its an interesting piece of understated self-discovery where Anna Vincent, the softly-sung front woman, loses her friends in a Coney Island carnival in search of a heart shaped balloon.

Check out the video below and keep an eye on their space for much more to come. 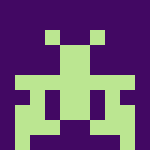 PREMIERE: Things heat up for Vancouver’s Bridal Party as they return with ‘Cool Down’

Album Review: The Prodigy “The Day is My Enemy”

Today, multi-platinum selling rock band The Rasmus have released their tenth studio album Rise via Playground Music. To celebrate, the band has shared a video for the jubilant opening track ‘Live and Never Die’. The clip is made up of live footage showcasing the band’s high energy stage show and connection with fans. “Even though it’s the last track we …

News: The Wonder Years celebrate album release day with music video for ‘Lost In The Lights’

The Wonder Years’ highly-anticipated seventh studio album out today, The Hum Goes On Forever, finds the band facing an onslaught of things outside of their control; a scenario that’s only further exasperated by the fact that it’s also the first album they’ve made since Campbell became a father. Between pre-vaccine pandemic logistics, anxiety, postpartum depression, inherited trauma, and …

News: Amelia Moore teams up with ASTN on new single ‘next door’

Amelia Moore – who has amassed nearly 80 million combined global streams since releasing her debut single last October – teams up with ASTN for her very first collaboration with another artist. On the bright, R&B-tinged duet ‘next door,’ they spin a playful story about falling for a new neighbor. The track was produced by Pink Slip, VanRiper and …

The heavy metal, dark, madcap visionaries, collectively known as AVATAR, have emerged from deep within the Swedish forest in which they have been working on their ninth studio album to grace fans and listeners with a brand new song, ‘Valley of Disease’. Listen to the single HERE, and watch the video, HERE. Vocalist Johannes Eckerström states:“There is a sickness, a …

Blu-Ray Review: Man Without a Star