Lee Ritenour proves why he’s always been a guitarist's guitar player as he traverses styles in a jazz tour de force.

OUT RIGHT now on the Players Club label is the new album by one of LA’s finest session guitarists, Lee Ritenour, and his first solo record.

The list of who Lee has played for is simply jaw dropping. Aretha Franklin, Art Garfunkel, Quincy Jones, Frank Sinatra, BB King to name only a few, but this is him stepping into the spotlight for himself.

Fans of Lee have been encouraging him to release a solo album for a while and I’m certain they won’t be disappointed. Whilst Lee doesn’t imagine playing solo for entire gigs he does look forward to intersecting choice tunes from this album when performing live with his band.

Fans can expect to hear many influences within this the album. From the early Wes Montgomery influence which can clearly be heard on “The Lighthouse”, in which warm west coast octaves play out over a strong percussive backing, to his ballsy blues licks on “Abbot Kinney”, inspired by a bike ride during the start of the Covid situation, when he stopped to listen to someone blasting their guitar with amp cranked up to 11 out of their bedroom window! At that moment Lee was thinking about how musicians around the world would cope with the challenging times ahead.

The album’s opening and title track, “Dreamcatcher”, sets a melancholic tone. With a gently building emotional contour as the piece progresses, Lee goes from pure solo playing to the addition of multi-tracked polyphonic lines. The piece then reaches a wonderfully textured climax before returning to the initial moody theme.

“Charlston” features a catchy, reoccurring two-bar motif which gives this composition a strong grounding. However, Ritenour likes to stretch out between from theme as he showcases his sensational improvisational skills in a stream of consciousness flow. In fact, much of the album has an improvised feel with only a few of the tracks having a more structured compositional approach, lending itself well to the chaotic times we find ourselves in this year.

I couldn’t review this album without discussing the final track, “2020”. This pensive track has an appropriately reflective feel. Lee studied classical guitar as a child and we can hear this in the beautifully melodic theme which features contrary motion between the melody and thumb bass line here. 2020’ a stand out track is structured into three movements. The second developing into an increasingly rhythmically complex piece not letting us settle (much like this year) into any one particular safe space. The final movement being a gentle and emotive Erik Satie-esque conclusion.

Despite a challenging few years for Lee with the 2018 California house fire in which he lost his home and almost all of his vast guitar collection, to heart surgery a week later and now the isolation and uncertainty surrounding Covid, Lee managed to find solace in this project; a project that I believe may also leave you feeling a similar way.

Lee Ritenour’s Dreamcatcher is out now digitally and on CD and LP; should you desire the physical, you can order your copy from Rough Trade. 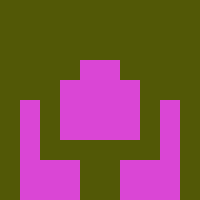 About the Author Daniel Maddocks

Interview: we talk to Jean-Phi Dary & Jeff Mills about their collaboration ‘The Paradox’ and discuss the new album: Counter Active