Track: Duffy – River In The Sky

Local rockers Nova, warmed up the Leadmill’s early bird attendees with an intense set of heavy progressive rock. Guitarist Tom Whitehead’s playing had an intensity which reminded me of the heavier side of early Muse. Paired with singer Ben Ibbotson’s classic rock style vocals, Nova filled the room with a powerful alternative rock sound.

Despite a lengthy changeover, Calva Louise’s appearance was clearly worth the wait. They took to the stage with one of the coolest lighting backdrops I’ve seen. Ingeniously, they built the entire thing themselves. After seeing Instagram posts of bassist Alizon Taho sawing massive bits of metal whilst dodging the golden sparks flying out from his buzzsaw, I couldn’t wait to see what madness they were constructing for the gig. The back of the stage was lit by a wave of vertical strip lights and suspended above them, playing in time to the live music, were two glowing orbs screening the band’s epic animated sci-fi movie dedicated to the release of their recent second album “Euphoric”, in 2021. This 45-minute CGI odyssey was also animated over lockdown entirely by singer Jess Allanic. I mean, there’s “DIY” and then there is “Calva Louise Level DIY”.

The visuals of a dystopian sci-fi digital landscape full of spider robots, lasers and flaming floating faces, amplified Calva Louise’s brilliantly unique sound; part quirky alternative rock, part electronic cyber-punk madness and enhanced the show brilliantly. Although the band formed in London and occasionally sing verses in Spanish, their sound and visuals would fool you into thinking they were from outer space.
Set highlights included the fiery, bouncy banger “(POP) urri” and the synth-driven oscillating groove of “Camino”. Although the set heavily featured tracks from new album “Euphoric”, Calva Louise still played a few of their earlier hits, like “Getting Closer”, introduced by Jess Allanic as the first song they ever played together. It’s a more playful track which reveals the Jekyll and Hyde nature of the band, as they rollercoaster ride from dreamy indie pop to screaming punk hysteria and back again.

To switch up the pace, Calva Louise brought London Rapper Blakeeleven onto the stage, to contribute some energetic rap vocals to the track “Ephemeral”. He brought with him a Zach De La Rocha style energy to the song and was clearly having the time of his life as he belted out his lyrics. The Leadmill crowd jumped and whooped with Jess diving into the center of the dancefloor, for the final chorus of “Belicoso”, as Calva Louise wrapped up a brilliant set of genre-bending pop-punk electronic rock excitement.

A whole new rig was brought onstage for Strange Bones. This time a wall of LCD screens barricaded the drummer in place with synthesizers surrounding the outskirts for the other band members. The lights dimmed as delightfully serene classical music filled The Leadmill, but The Proms this was not. A swelling synthetic wall of sound and glitchy effects quickly drowned out the concerto as the Blackpool band bowled onto the stage and ripped into the beautifully vicious punk strains of “Here Come The Wolves.”

The set was full-on glorious chaos from start to finish. Strange Bones belted out their hard punk electronica at a hundred miles an hour with all the intensity they could muster. Lead singer Bobby Bentham, was never in the same place twice, clambering across speakers, hanging from rafters and surfing the enthusiastic crowd, all the while shrieking the choruses to monster tunes like “England Screams” from their debut album of the same name, released in the summer of last year.

Ominous brooding guitar tones hinted at the next song as Bobby pointed his mic at excited members of the crowd who each delivered their own Strange Bones style scream. One fan shouted “SNAKEPIT!”, correctly guessing the next song. “We have a winner!” Bobby shouted gleefully and the band launched into the ferocious fan favourite “Snakepit”.

Carrying their unique blend of punk rock and electronic music into weird and wonderful new directions, Strange Bones proved they’re the heirs to The Prodigy’s throne as they closed one of the best live sets in the country with their own spin on Prodigy’s rave-punk classic “Breathe”. With Jess joining Strange Bones for a couple of songs, and Blakeeleven’s guest appearance in the Calva Louise set, and both band’s formidable stage show production, the spirit of collaboration and creativity bursting from these two bands is seriously worth a watch. They are heading to Europe in February, but the next time they kick down the venue doors in your town, make sure you’re in the front row. 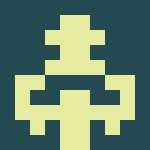 Track: The Pinx – You’re Not The One

News: Italy’s magnificent Stella Diana are back with news of new album ‘Nothing To Expect’ and with another atmospheric slice of gothic shoegaze in new track ‘Sleepless Girl’.

Not Forgotten – DEVO ‘Duty Now For The Future’