SEE: Swansea Sound – ‘I Sold My Soul On eBay’: railing against the royalty rate with pop concept

Incensed by articles suggesting that punk rock is somehow alludes to the alt right spurred Frank Turner to write the track 1933 which is the first track to be released from his new album ‘Be more Kind’ out on May 4th, 2018 during his UK tour. “The idea that Breitbart or Steve Bannon think they have anything to do with punk rock makes me extremely angry says Turner”. This fury is stamped all over this explosive track in which one line screams out ‘”first time is a tragedy, the second time is a farce.” the idea that perhaps history is repeating itself. The album is released on the Xtra Mile Recordings/Polydor Records label and has been produced by ex-White Denim members Austin Jenkins and Joshua Block, alongside Charlie Hugall (Florence And The Machine, Halsey).

He heads out on a headline tour in April – details below. 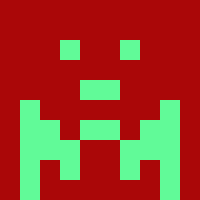 About the Author Toots Kenyon

EP REVIEW: Frank Iero and the Future Violence – ‘Heaven Is A Place, This Is A Place’