See: New Video from The Wow for the track Talk My Shit

Track: Junkowl – Quarantine us all

Scranton singer-songwriter James Barrett has beautifully composed a 12 track album called 'A Series Of… Mostly Nothing' that is anything but that. This is an album about a love for life, a love for one’s self, a love for music, a love for exploration, a quest for mental health, or a love for the four walls around you.
Refresh Records – 8.0

If anyone knows anything about me, it’s that I live for a good love song. I also really appreciate a love song that isn’t always so directly about a human being. They can be about anything if you relate it that way, like a pet, a car, a best friend, a stuffed animal, etc.

Scranton singer-songwriter James Barrett has beautifully composed a 12 track album called ‘A Series Of… Mostly Nothing’ that is anything but that. I could arguably say some of the songs are love songs, but I wouldn’t pin them to binarily be about a romantic partner. This is an album about a love for life, a love for one’s self, a love for music, a love for exploration, a quest for mental health, or a love for the four walls around you. Barrett explains:

Most of these songs deal with my search for self love in a world that I felt had no love for me. Soon after the pandemic began, the theme of this record switched to `if this is the end of the world, is all that I will ever know of love be what almost killed me?’

The album is a love letter to the hushed splendor of The National and the spaced-out bombast of Angels & Airwaves (one of my all time favorite bands back in the day).

In October 2019, James Barrett had just released his last record called ‘The Price Of Comfort’. The timing of the release of this venture coincided with a really emotionally abusive relationship ending for Barrett who goes on to say:

I was cheated on by my last partner after they abruptly moved ten hours away, and it made the whole release cycle of my last record feel meaningless because of the lack of self worth I felt. I was in a huge rut and couldn’t get out and the only way I knew how was to try and start again.

During the pandemic, I too had a hard time grasping onto finding a meaning in anything anymore. I admittedly had a few moments of bad ideations and spent a lot of time reflecting on moments in my life that I felt like I could have made better decisions. As cliche as it is to say it, I feel like Barrett wrote this album for me. The opening track, and Barrett’s current favorite song on the record, ‘A Series Of…’ really sets the tone for the journey the rest of the album will take you on. It starts with a spacey one minute and a half instrumental introduction before James comes in with lyrics: I don’t think I’ll ever get up close again especially if it was to experience it then before the world turned its back and got so dark.

The album feels very much like entering a small room without any lights on, and the room is full of furniture or something and you’re unfamiliar with the layout and you’ve got to try to navigate yourself to the other side of the room in the dark.

Inevitably you’re going to bump into things along the way, but you’ve got to believe the lights will come back on at any moment, you’ve just gotta keep going.

Musically, this album is so well written. It’s refreshing to hear a bunch of synth tones that I don’t think I’ve heard before or could pinpoint elsewhere. I also appreciate the several uses of what sounds like a grand piano tastefully scattered across the album. The eighth track ‘Yellow Paint’ is a good example of this. I don’t know if this song is in direct reference or not to Van Gogh’s famous use of yellow paint that he used to eat to try to literally brighten up his insides after being so dark for so long, and if it is, that perfectly encapsulates the message Barrett is trying to get across in this post-apocalyptic composition.

The ninth track ‘Master Plan’ features vocal contributions by close friend Amanda Rogan who makes an appearance a few times on the album. The song begins with a catchy acoustic guitar riff and James singing: I just gotta keep telling myself I can, it’s all part of a master plan. This resonates with me, as I think back to all of those darkest moments where I had to pick myself up off the floor and find the strength to get out of bed each day. It’s so hard to believe that things will get better, but if you’re able to see a few steps ahead of yourself, then it is easier to believe and work towards. I appreciate that optimism in these lyrics.

By the time I got to the second to last track ‘Mostly Nothing’, I had finally felt as if someone did turn the lights on in the room, and that everything was going to be okay. I was going to make it out on the other side. All the struggling along the way had finally felt like it had some meaning and the room felt bigger all of a sudden, as the song opened up.

Explaining that the record was written between the fall of 2019 and summer of 2020, Barrett explains:

It was naive, but a very real emotion because I truly felt like the world was doomed and I wouldn’t make it between the pandemic and my mental health. So these songs are about the emotions I felt after what was the worst year of my life and trying to convince myself that it’s only a temporary pain.

Sandwiching the rest of the album is closing track ‘Thinking Of A Place’ which is an acoustic/piano ballad love letter to whomever, explaining how Barrett struggled to find a way to overcome this impossible year, but leaves a lingering feeling that things will be okay so long as you stay hopeful.

‘A Series Of… Mostly Nothing’ will be released on 24 September 2021 via Refresh Records. The album will be available through all the usual download/streaming sites, and you can check out two singles from the album below:

Barrett will have a record release show in Scranton on 24 September 2021, which is the same day of the digital release. Tickets for the show are available on Ticketmaster: see details below.

Next Premiere: Sydney's Ona Mota get down and boogie with an effervescent style in their new single 'Dance With U'. 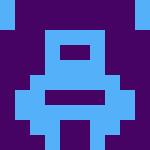 Album Review: Youth Group’s Toby Martin’s solo album ‘I Felt the Valley Lifting’ is an uplifting amalgam of mystical realism and the minutiae of everyday life.

Premiere: Let’s Set Sail’s ‘A Savage Goo’ is an enigmatic and beautiful fusion of dream pop, folk and ambient music.

Film Review: Down to Earth

Not Forgotten: The Soundtrack of Our Lives – Behind the Music

Album Review: Nate Connelly – A dream about being lost

‘The Last Exit’ from UK duo Still Corners, released earlier this year (reviewed by me here), was a magnificent and evocative collection of glittering and sparkling songs filled with magic and mystery. Still Corners are back with a new single – ‘Heavy Days’ – and an announcement of a comprehensive tour of the EU and …

Brisbane band Requin burned brightly but tragically briefly, leaving behind an impressive body of work (see our review of the single ‘Rules That Won’t Be Broken’ last year). All is not lost however – Fionn Richards from the band has formed the project Aren’t, and we are honoured to provide an exclusive listen to the …

Subversions of popular songwriting tropes, if done well, can really speak to an artist’s strengths. In the case of Brooklynite new wave bunch My Son the Doctor, their new song skewers a classic pop-punk fallback: the mutually toxic relationship. Its subject? Er… we’ll let the band explain that one. “We genuinely love pop-punk and thought, …

Premiere: Melbourne’s Skybelly unveils the chapter of an exotic space adventure in the dreamy track ‘Sapphire’, ahead of debut album.

The vivid, sparkling and unbound imagination of Sara Nelson, working under the name Skybelly, creates a whole new universe in her forthcoming album ‘A Space Tramp Odyssey’, due out on 23 September 2021. As a taste of what’s to come, we are honoured to premiere the track ‘Sapphire’ which is due out on 17 September …

Track: Brisbane’s dream pop queen Hatchie is back with another incandescent shimmering single ‘This Enchanted’ and news of singing with US label Secretly Canadian

There’s a frisson of excitement in Backseat Mafia’s antipodean offices. It’s been two years since Brisbane’s dream pop queen Hatchie graced us with her presence with her album ‘Keepsake’ (see my review here), and while she has raised her head above the parapets with a few collaborations (including her duo on the stunning Rinse single …