Film Review: The Last Out

See: Hannah Peel releases new video for All That Matters

Future Islands continued their “Calling out in space” tour when playing their second sold-out gig at Dublin’s Vicar St venue on Tuesday night .

They were supported by American composer and electronic musician Dan Deacon who was just back from a night….or two at The Oscars and he was still in a party mood as he got the crowd involved in his attempt to choreograph some kind of dance move to which they eventually got involved to his soon to be released “Quack Quack” song during his short but entertaining set.

The main act came onto the stage in darkness to the excitement of the eagerly awaiting fans in attendance with lead singer Samual T Herring saying “Hello Dublin” and stating what fun they had the night before at the same venue and telling the crowd we’re gonna have some more!

Gerrit Welmers (keyboards) and William Cashion (bass/lead guitar) along with Michael Lowry on percussion were set up in a line at the very back of the stage, but that was for a reason, as the rest of the stage belonged to lead singer Samual T Herring who literally “owned it” as he danced around. Sometimes slapping the stage along with jumps and high jumps, twists and turns whilst reaching out to the lucky punters up front, in possibly the most energetic front man performances I’ve ever seen. I was out of breath just looking at him !

While they already have their eye on their next project they did not let the fans down by playing, in their one-hour forty-minute set, some from their new album “As long as you are” they played some of their signature tunes like “Dream of you an me” plus their iconic “Season’s (Waiting on you)” track which was met with rapturous applause come to the end. A fantastic nights entertainment. 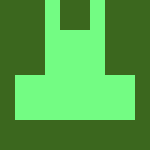 Album Review: The Callas – Half Kiss Half Pain

Blu-Ray Review: Scene at the Sea

Track: Evans returns with the melodic techno of ‘Endless’

Track: Bigfatbig – Brink Of My Sanity