News: Hypocrisy Are Set To Unleash Their Worship European Tour With Septic Flesh, the Agonist and Horizon Ignited

Fontaines D.C. returned to Glasgow on their current UK tour, upgrading capacity wise from last year’s appearance at Barrowlands (1,900) to the O2 Academy (2,500), but still for two nights such is the demand for tickets in the city. The first night saw a queue form well ahead of the doors opening and the rush for the front both upstairs and downstairs was on.

The support band was Jacob Slater’s Wunderhorse and with their debut album ‘Cub’ released in October and receiving plaudits across the board, there was a lot of interest in the crowd to see this 4-piece. Wunderhorse play guitar music but are more considered and were obviously thrilled to be on this stage in Glasgow. The music is story-telling and Wunderhorse honoured the crowd by playing a song they had written just days ago. A rising talent indeed.

And so to Fontaines D.C. As the clock ticked around to 9pm you could sense the anticipation building in the crowd. The set opened with two firm favourites from the debut album Dogrel ‘Big‘ and ‘Sha Sha Sha’. The intent of providing a show was thrown down early and the crowd pounced on it. The wealth of material Fontaines D.C. now have is staggering with the release of three quite different albums. In fact the set continued to mix up tracks from all three. ‘Chequeless Wreckless’ was sandwiched between ‘Big Shot‘ and ‘Nabokov‘ both from this year’s Number One album Skinty Fia. And doesn’t the talent of an artist shine with it’s versatility? A highlight of the gig was one of the slowest tracks ‘Roy’s Tune’ which still creates emotion on hearing it live, especially when the whole venue joins in as happened this evening. A goosebumps moment. The loudest crowd response was surprisingly for ‘Jackie Down the Line‘, perhaps a sign of Fontaines D.C. fanbase getting younger and being thrilled by the songs from Skinty Fia.

Lead singer Grian Chatten is notorious for not talking to the crowd. This does not mean there is no interaction, quite the opposite. His performance sees him prowling around the stage and encouraging the crowd to increase their energy levels. The final song before the encore was ‘Too Real’ another Dogrel track which in the past was the song to get the crowd really moshing, but times move on and bands evolve. Fontaines D.C. did not do encores in the past but that too has changed. When they did come back onstage there was a chanting of “F@uk the Tories” which only increased in volume when the band came back on. They seemed to take a moment to absorb what they were experiencing, and waited for the crowd to quieten before launching into ‘A Hero’s Death‘, ‘Boys in the Better Land‘ and ‘I Love You‘ a track from each of their three albums. The confetti rained down on the crowd during the final song and it was breath-taking to experience especially with the lyrics of ‘I Love You’ which are explosive, passionate and honest. And then it was over. It seemed to have gone in the blink of an eye. Fontaines D.C. are a band you sense are not finished yet, and it is thrilling to see what they do next. 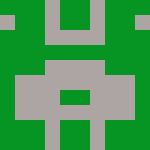 LIVE REVIEW: Erland Cooper, The Barbican, London: bringing the soul of Orkney to the heart of the capital

Album review: Sarah Neufeld – ‘Detritus’: a tour-de-force of violin catharsis that pushes out to post-rock