See: New video from Channel D for The Other

Not Forgotten: Supertramp – Breakfast in America

At a packed, sold out Whelans, Junior Brother thrilled the crowd alongside support band The Bonk. The project is led by Waterford musician Phil Christie (O Emperor), who’s first recordings were undertaken and captured live a Big Skin Studios in Cork City

Borrowing a term used to describe a state of mental and physical collapse, The Bonk often used layered competing rhythms in a way that tends towards estrangement from the familiar. Time and time again, The Bonk played (upon) ideas of time and repetition, repetition and time. Judging by the venue, which filled up early, and the crowd response, they are very much a band on the up, receiving loud cheers and applause after each song. They only played a relatively short 30 minute, all from their album except one song introduced as a new song.

Junior Brother, the project of alternative folk singer-songwriter Ronan Kealy, followed on, the County Kerry man named after a character in the Elizabethan play The Revenger’s Tragedy. He ripped through a sweat of songs from his back catalogue, which were lapped up by the appreciative crowd, who loved every minute. 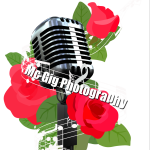 SUICIDE, the celebrated and increasingly thought of as seminal duo of Alan Vega and Martin Rev, is to have their first collection – Surrender, released via the ever brilliant Mute / BMG label on March 25th. From it is a new short film directed by Douglas Hart (My Bloody Valentine, Primal Scream, The Jesus & …

Loose Fit have an angular jagged art pop sound that is quite unique and utterly satisfying. We covered their recent release ‘Exhale’ and found it an exhilarating tour de force, and now the band commences 2022 with news of their debut album ‘Social Graces’, out through Fatcat Records/Spunk Records on 28 April 2022. And to …

See: The surreally beautiful Arctic visuals for Matt Evans’ ‘Arcto 2’: an exploration of loss and grief in drone and piano evocation