Track: Clamm are back with potent new track ‘Monday’

Sharon Van Etten declared that this was the biggest gig she had ever played! The audience responded by continuously cheering for a good 2-3 minutes, a demonstration of how far she has come and how special she has become in the hearts of her fans in Europe.

Her first tour (like many) since 2019 with her last album ‘Remind Me Tomorrow’, she is promoting her new album ‘We’ve Been Going About This All Wrong’- just released. Written and recorded during lockdown in her own new studio in LA, it documents her very personal and emotional response to the experience with her young family in a new home.

Her song writing is always personal and emotional, and her live performances are too, intensely laying herself bare to the world. She has the capacity to be vulnerable, but strong and forceful at the same time! Many people were in tears (including myself) and if it were not for the pit, she’d have
been hugging them all in solidarity. Though during a heart- wrenching version of ‘Seventeen’ she very nearly reached them.

She has an incredibly tight band, who she meticulously introduced and hugged one by one at the end. The whole tour team is obviously like her close family, an artist such as her needs that bond for support. 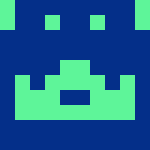 ‘True Love Forever’ is a brand new single by the New York City based British singer-songwriter Coyle Girelli. His first release since 2022’s ‘Funland’, his second solo album, and its acoustic companion piece, ‘Stripped’, the song appears in a show that he has created in collaboration with the musical theatre company Third Rail Projects. Girelli …