Track: Enforced share an absolute beast of a debut track with – Haemorrhage

In the depths of a long, cold, Christchurch winter (and even longer pandemic), The Black Seeds arrived at the University of Canterbury’s Ngaio Marsh Theatre for a long-awaited album release and the opportunity for fans to connect, warm up and get their groove on.

The challenges of making this show happen were significant, with three shows already postponed, band members and management sick and travel disrupted. Despite all this, the resilience and desire of the mainstay of New Zealand’s music scene to come through for their fans was admirable. It would take a lot more to stop these guys doing what they do best.

Kicking off the show was four piece Christchurch psych/rock/hop band Dolphin Friendly. They immediately engaged the crowd with their hard-hitting Seattle-esque sound, warming the masses and delivering some body moving bangers.

The Black Seeds took to the stage and opened with their latest single ‘Game Over’. The vibe started to build with the classic strong bass lines and steady groove you could feel from your heart to your feet. The impressively capable (and well mustached) horn section took on the challenge of maintaining the percussive energy in place of one of the bands flagship members, Dan Weetman, whose absence due to illness was a little disappointing for the die-hard fan. However, his significant shoes were well filled by the skill and charisma of the rest of the band considering what they had been through for the show to go on.

The crowd were pumped and responsive as the simmering tempo of the show began to build. Late notice fill-in guitarist Conway Jeune held down the lead lines and groove backing up Barnaby Weir as the band settled into the vibe. Things really took off when they laid down their new track ‘It’s So Real’. The energy of the crowd and band alike grew and by the time the tell-tale riff of ‘Fire’ began, the crowd were eating out of their hands.

The experienced professionalism of the band maintained the spirit of the show throughout, mixing new tracks along with flashbacks of summer festival favourites such as ‘So True’ and ‘Cool Me Down. Finishing off the set with the classic track ‘Turn It Around’ saw the crowd belting out the familiar and well loved lyrics, then demanding more. An enthralling encore featured three hits from their 2006 album ‘Into the Dojo’ to wrap up the night. The new tracks fit into the set of much loved The Black Seeds classics seamlessly, displaying the bands ability to adapt, bring new growth and depth to their message whilst delivering a completely uplifting, and enriching performance which was a welcome escape in such bizarre times. 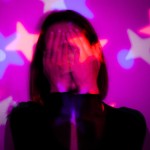 News: Sam Smith and the Oz tour of GLORIA

See: The brilliant The Gin Palace release a mesmerising live performance video for their magnificent debut track ‘Burn Your Heart Out’.

Track: Oceans crest a shoegaze wave with the jangle fest of ‘Pure’, with launch date and new album announced.

News: 50th Anniversary Of Fela Kuti’s ‘Shakara’ To Be Reissued, Out Friday (13.01.2023) – Ezra Collective share their reinterpretation of the album’s ‘Lady’

Arctic Monkeys are Masters of the Domain.

Ahead of her new album ‘Den svenska vreden’ (released on 27th January via Medication Time) the Swedish experimental rock and dark pop communicator Fågelle has just revealed a third preview track Kroppen. Following on from the elevating electronic surge of Kar i vem som heist and Ingenting’s delicate grandeur, Kroppen extends the dynamic with a …

HIMALAYAS kick off 2023 with the highly anticipated announcement of their debut album release! From Hell To Here will be released via Nettwerk on 5th May, and will span twelve previously released singles including album title track From Hell To Here, Out Of The Dark And Into The Light and Alone, plus several unheard songs. From Hell To Here can be pre-saved here. As well as their …

The Lottery Winners have announced the release of their brand new single ‘Worry’, released ahead of their UK tour supporting Frank Turner at the end of January.  The infectious indie-pop track is the first taste of a new album due out later this year, with further details to be confirmed. On ‘Worry’, frontman Thom Rylance …

Today, multi-platinum selling band All Time Low announced their brand-new album dropping March 17, ‘Tell Me I’m Alive,’ and released its title track along with the song’s official video. Pre-order the album HERE, stream the new song HERE and watch the video directed by Alex Gaskarth and Djay Brawner below. ‘Tell Me I’m Alive’ marks the second song to be released from the upcoming album, following ‘Sleepwalking’ which marked their …