On a sunny winter afternoon, I sit down via Zoom to chat with rising star Muroki about the release of his new single ‘Introducing’ and his upcoming tour plans. The young singer is warm and relaxed as he discusses his escape from his day job and his dreams for the future. It’s hard to believe that he’s only 21, both in the maturity of his music and the inner wisdom he displays in his lyrics. It’s not difficult to understand why this Kenyan Kiwi sensation is winning fans the world over with his roots based grooves and soulful vocals.

Q: I love your track (Introducing). I really like the electro dub vibe. Is that a producer that you have making beats for you, or is that all you?

M: Originally I had the beat. I actually wrote the song about 3 years ago now. I produced a beat and then wrote most of the song. And my production is still pretty low-fi so I was like ‘I’ll take it to Josh Fountain and get him to spice it all up’. Then we actually finished it all off in Round Head Studios, so we got live drums.

Q: I’m curious about your Kenyan roots. Is it your Dad or Mum who’s Kenyan.

Q: Have you been there?

Q: And is your Dad musical?

M: Yeh, he is. He loves singing, he loves dancing. He used to play in this band back in the day.

Q: What were they called?

M: I actually don’t even know. It’s so bad, I didn’t even know. I knew he was in a band but I didn’t really know that they’d done so much touring because that was in Australia. They were this full kind of African ska band.

Q: Alright, I’m gonna chase you up for the name because I might know. I’m probably closer to your Dad’s vintage than yours.

M: Usually with the beat, I kind of kick it off like that. Lyrically, I have the idea of what I’m gonna write the song about, most of the time. I dunno, it tends to change. I usually kind of just get a little loop going, record a couple of instruments, keep it real. Just the bones of it and then just crack right into it.

Q: And you play a few instruments, don’t you?

M: Yeh, I play mainly guitar and bass. I like to dip my fingers into other instruments but I wouldn’t really call myself a drummer or anything quite yet.

Q: I notice on ‘Introducing’ you talk about working the 9 to 5. Do you have a day job as well?

M: At the time I did. It wasn’t necessarily a 9 to 5, I used to work at this little coffee shop, making coffee for all the locals around Rags (Raglan).

Q: Was it a conscious decision for you to drop that in order to pursue your music, or did your music take over in such a way that you didn’t have to do it anymore?

M: Yeh, I dropped that. I didn’t really want to work there anymore, I’d worked there for 4 years and I consciously wanted to pursue music. I did a bit of tree planting after that and that gave me enough money just to last for a while without having to work. And I did a bit of teaching. But now, I’m just chilling.

Q: That is so cool. I’ve worked as a freelance creative for 25 years and I know how hard it is to keep that income stream going. Because you need that in order to be creative.

M: It definitely can be tough. But it’s all good now (laughs).

Q: Tell me about your relationship with Benee because it seems that was quite instrumental in getting you off the ground.

M: She’s a good friend of mine now. We met at this festival actually called 121, down south in the Wairarapa. And she put the song on Elton John’s podcast, the Better Worse track (For Better Or Worse). And I was like “Oh, that’s pretty nice.” Then I sent her an EP that I was about to release, just all Garage Band demos and stuff. And she was like “Don’t release it! Wait!”

M: Yeh, so we’ve got the same managers and everything now.

Q: Do you know, was she planning to have other artists on her label? Or was it you who inspired that process?

M: I think that was her. It’s not my stomping ground, I’m just the artist. There’s Tuesday the artist that’s on there as well. But yeh, it’s just us two at the moment, kind of hanging out. It’s good, it’s nice and close.

Q: What about upcoming tour plans for you?

Q: I was going to say- I bet you are hot on the festival circuit.

M: Yeh, it’s been good. Unfortunately, all my festivals got canned this year. I had 10 or something, just cancelled. But that’s ok, they’ll come back.

M: For sure. I’ve got loads of stuff but I don’t know if I can announce it. I should probably keep my mouth shut.

Q: Do you have any dream venues or dream festivals you’d love to play?

M: I’ve been watching a bunch of the Glastonbury videos, the live videos. I was actually just watching the Little Simz one, that was good. So yeh, getting over on that European festival circuit, I think would be the ultimate.

Q: I was going to ask you about your Plan B in life but it doesn’t sound like you need one, which is a pretty impressive place to be at age twenty-something.

Q: I asked my 10 year old daughter if she had any questions for you because she loves your track ‘Wavy’ and she said “Can he write one called ‘Straight’”

For your chance to check out Muroki live, check all the latest tour dates here.

Next Track: Ruby Gill Releases New Track 'I Forgot To Be Profound Today' 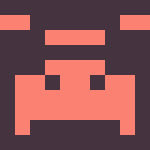 Track: New Zealand’s MACEY unveils the smooth and bucolic sounds of ‘Summer Grunge’ and announces EP ‘Lovers: Side A’.

Meet: Barnaby Weir from The Black Seeds chats about hope, building grooves and finding meaning with their long awaited album “Love and Fire” and nationwide tour.

See: PiL release video – The making of what the world needs now

Raindance Review: My Thoughts Are Silent

Sydney’s Maia Marsh has an impressive form, having been a session musician (lead guitar, bass, vocals) for a number of artists including Huck Hastings who has graced our pages before and Ainsley Farrell, Georgia Mulligan, Georgia Fair and Gloomie. In addition, she was a founding member of dream pop outfit Goodside as well as being …

Noiseworks are a cultural pop rock Australian phenomena and emblematic of a particular home-grown and enigmatic stadium rock in the eighties – even us indie kids respected the fact that Noisework produced the most magnificent power rock anthems of the era, with an indelible ear for melody and a thunderous guitar attack and dynamism that …