Track: The Lion and the Wolf – My Fathers Eyes

Album Review: Miss May I – Deathless

New York rockers IKONIK share their explosive new single ‘Out Of Line’ and we’re very excited to be running the premiere!

Showcasing their unique take on classic rock soundscapes topped with soulful lead vocals, ‘Out Of Line’ offers another example of the bands intense, driving sound. Only the second release from IKONIK, the band once again showcase their strikingly complete sound. This is to be expected from a band with such a rich history of playing live shows having sold out legendary venues across New York in their years of touring however a band who have also only now started to release their material.

Unrelenting, punchy and cinematic, the driven guitar lines leading the way over the punching drums and grounding bass, ‘Out Of Line’ is topped with a venomous, biting lead vocal which adds to the tracks ferocious tone. As the track builds, it eventually bursts into life with a stunning, shredding guitar solo, before the track culminates with the high-octane, ever catchy chorus.

Speaking about the new single, the band describe the song as being about: “The courage to walk away from people and situations that don’t serve you anymore.”

Watch the new video below ahead of the tracks full release this Friday: 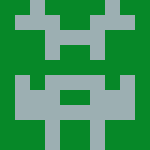 Music can help make meaning of seismic events and when they co-exist the impact is profound. Kyiv-based composer and electronic musician Oleh Shpudeiko aka Heinali has lived within the Russian invasion of his country since the war began, documenting in soundscapes the devastation and hope, despair and elation of the everyday experience. From May to …