It could well be said that since their inception in 1996, York based band Percy have had more than their fair share of bad luck. The chaotic, John Peel & Steve Lamacq – acclaimed 1999 single “Donny Rednecks” failed to gain wider attention (possibly due to the vinyl being impounded at Heathrow airport); a full album’s worth of material was recorded and scheduled for release, only to be postponed due to financial difficulties; shortly afterwards singer-songwriter Colin Howard was forced to give up performing due to crippling anxiety attacks, following which the band embarked on a hiatus in activity lasting several years.
Upon resuming in 2008, Percy have niggled away at the periphery, undergoing several personnel changes and with this album, have evolved into a full on force to be reckoned with. A previous 2018 release “Sleepers Wake” was the first to showcase the present lineup and saw them regain an edge not heard since 20 years previously; “Seaside Donkeys” builds upon this whilst also introducing a keener sense of melody and arrangement, alongside moments of clangourous new-wave guitar and piercing dissonance.
Opener “Back in the Swing” with its late 70s Skids guitar riff references Frank Sinatra, Elvis and the author’s tentative steps back towards normal life (prescient of everyone’s current predicament ?), leading into “Rubbernecking in the UK”, another riff-led track with heavy keyboard emphasis and Fall overtones which relates the perils of tailgating on the A19.
Howard has admitted that the album has a significant element of autobiography – “Carpe Diem” is allegedly based upon a true character obsessed with experiencing the best life has to offer…on credit. Here the musical background is much more intricate, with violin pizzicato and a minor key feel which predicates the eventual downfall of the song’s protagonist.
“Will of the People” has enjoyed a fair amount of radio exposure, assisted by an excellent animated video which rails against Brexit and the perceived short-sightedness of the whole process. Guitar driven, fast paced and furious, this leaves no doubt as to where the author’s sympathies lie. “Love Song” may also serve as a paean to Brexit or anyone / anything else for that matter, depending on the listener; the Carl Puttnam – style vocal crooning provides a stark contrast against a backdrop of clattering drums / guitars, swooping basslines and droning synths. Highly unsettling.
The title track shifts into completely different territory, however. This is presented in the style of an Irish folk tune / drinking song (replete with violin playing by Howard) where the issue of alcoholism is laid bare – specifically, its effects upon immediate family and its predispostion to be passed down to future generations. Despite the subject matter, the song is restrained and never maudlin or sentimental, and succeeds in showcasing an entirely new element to the band. Epilogue “A Better Life” seems to offer a glimmer of hope and fades away, a highly satisfactory end to a very impressive set of songs.
Special mention must also go to the photography – a montage of images taken by keyboard player Paula Duck which compliment the album’s lyrical content perfectly. Whlist the sound production quality may be lacking in places, this doesn’t detract from the great ensemble playing and high degree of songwriting craft which reflects the band’s longevity and experience. An album that defines the era and I await Percy’s next release with interest.

Seaside Donkeys is out now via Vinyl Eddie Records

Previous Exclusive: Out of the Woods - I remember you (in session) 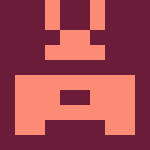 See: Wire announce new album, plus visuals for first track taken from it, Stepping Off Too Quick

Premiere: George Bloomfield reveals the hazy jazz-funk of Why Didn’t You?

Track: The Damned – Standing on the edge of tomorrow, plus new album news