PVA’s Toner EP is danceable, catchy and stretches over countless styles and genres to count itself among the top releases of the year so far

AFTER being thrust to the forefront of the thriving London scene following the release of debut single “Divine Intervention”, PVA have let loose an excellent new EP, Toner.

The EP seamlessly fuses together a range of electronic subgenres with classical rock instrumentation, and although some fans may feel disappointed with the fact that only two new original songs are on display, the varied remixes do more than enough to fill out the track listing.

Opener and lead single “Talks” starts with a simplistic, spacey synth hook, before a shuffling dance beat enters the fray. Funky guitar stabs permeate the electro-rock banger, and the contrasting vocal performances of dramatic Josh Baxter and icy Ella Smith go a long way to providing the bouncy energy that makes us all wish we were back in noisy, sweaty venues again.

As the track builds, syncopated Hammond organ interjections are introduced, an off-the-wall choice of instrumentation; however, it’s used to great effect, and to the extent that the tasteful addition has spawned a fairly compromising video of yours truly dancing round his kitchen, currently being distributed amongst family WhatsApp circles.

Up next is the gloomy “Sleek Form”, centred around an arpeggiated bassline and moody vocal. On multiple occasions the track threatens to veer off into a more upbeat direction, as synth breaks suddenly angle upwards, but they are consistently brought back down into the thumping house beat, the perfect pop chorus on the horizon, but always just out of reach. Such a decision is an apt demonstration of the artistic nuance that PVA demonstrate on this EP, the resulting repetitive nature of the track feels hypnotic as opposed to stale.

The final new offering, “Exhaust/Surroundings” is the clearest demonstration of PVA’s applaudable versatility. During the first part of the track, sections of Cure-esque post-punk fit with flanged guitar and bass, are contrasted with soaring trance. This juxtaposition paves the way for further genre-hopping – in the second half stuttering noise is played over a distorted bassline before a catchy, chanted chorus sees it to the close. The fact that the group are able to span such expansive territory while maintaining cohesion within the songs is extremely impressive, especially when you consider this is their first substantial release.

A trio of remixes close Toner. Mura Masa’s take on ‘Talks’ inverts the lead synth line and adds heavily compressed drums. The minimalist production allows the listener to focus on the vocals, bringing out the lyrics, the refrain ‘the best is yet to come’, striking a particular chord. Lynks Affrika’s remix of the same track goes in a completely different direction, snipping up the vocal lines and altering their melodies like a techno TS Eliot to create more of a deep house feel. Finally, Daniel Fox, bassist of noise rock titans Girl Band, takes on the strongest track on the EP, “Exhaust/Surroundings”, using a plethora of different types of fuzz and buzz, along with industrial alarms, to submerge the beat in an awesome amalgamation of sound.

PVA’s Toner EP is danceable, catchy and stretches over countless styles and genres to count itself among the top releases of the year so far.

PVA’s Toner EP is out now on Big Dada on digital download and 12″. You can order your copy here or from your local record store. 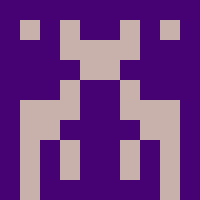 About the Author Will H