Part of UCLA’s ‘Film School Shorts’ series, Googly Eyes is a thirteen-minute comedy about Gary (Cooper Barnes), a slacker whose chronic earache stirs up memories of his childhood and unresolved baggage with his ex-girlfriend Suzy (Laura Spencer). Shot in black and white, and focusing on a tense and shifting relationship between two apartment-sharing twenty-somethings, it’s reminiscent of another quirky, inner-city tale, Frances Ha, and is equally funny and charming.

Woody Allen’s influence is present in almost every detail, from the whimsical music of the opening sequence, to the effusive dialogue between Gary and his girlfriend: Suzy rolls her eyes and complains as he follows her around the apartment, interspersing his musings on his poor health with neurotic asides on the supposed uselessness of Q-tips and the unattractiveness of mermaids.

It’s more than just a homage though, and writer/director Simon Savelyev’s light and witty script is impressive in its own right.

Googly Eyes and other Film School Shorts can be viewed here: 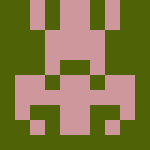 The Breakdown With less experimental sonic excursions and more jangling purity and melody, ‘Fire Doesn’t Grow on Trees’ is a stupendous collection of psych-tinged jingle jangle indie goodness and one of the best from the band in years. Independent – 9.0 Apparently the first The Brian Jonestown Massacre album in three years has distilled ten …