News: Seefeel’s mid-90s’ Warp and Rephlex material gets repressed, expanded and there’s a new compilation too; hear the Autechre remix of ‘Spangle’

Is there anything Alicia Keys cannot do? That was the question left in mind after leaving the O2 after she squeezed 30 songs into two hours.

Alicia made her grand entrance as the screen doors opened, appearing in an all black outfit, making sure everyone knew she was the queen of the stage, demanding attention. This continued throughout the entire show, except for when she graciously introduced her guests and band on stage.

As she sat at her grand piano she asked the audience to immerse themselves in the concert and the audience reciprocated as she opened with song, Nat King Cole. She moved onto You Dont Know My Name which got the crowd singing along and absolutely nailed the phone conversation to Michael as featured on the original track itself. Not only did Alicia make a great actress but I loved the way she twisted this soulful jazzy ballad on it’s head by switching to a reggae vibe simultaneously.

The show wasn’t short of surprise guest appearances. Alicia brought artist Sampha on stage for 3 Hour Drive, followed by Mahalia to collaborate on Show Me Love. Both great live renditions in their own right. Later on in the evening, R&B artist Jorja Smith, celebrating her birthday, joined Alicia for On My Mind. Sadly, no appearance of a birthday cake, so she had to make do with a rapturous applause.

The curtains then literally fell down on stage whilst the band performed and continued to perform and it all got a little confusing. Amidst the bewilderment, the audience decided it was time to take restroom breaks and stock up on more drinks knowing little of what was to happen next. From out of nowhere there were cheers at the back of the O2 as Alicia came through behind the sound guys on a mini stage which rose to lift her up for all to see. In a change of clothes (what I can only describe as a dazzling jumpsuit), she turned DJ/music producer and performed snippets of songs from her latest album Keys. Multitasking solos between piano, synthesizer and drum machines. Performing the original versions of songs, Skydive, Is It Insane and Only You, she then switched to the “unlocked” versions, asking the audience to choose their favourite out of the two with votes were cast via cheers. It was a clever way to get the audience to re-engage with concert, although maybe a little lost on those more used to classical Alicia behind a grand piano. Alicia ended her mini stage escapade with Empire State of Mind, singing along with her audience as she walked her way through the crowd on the floor, back to the main stage.

For the last part of her show, before I thought Alicia could do no more, she brought on dancers for In Common, and sang brilliantly whilst syncing herself into the choreographed moves of those around her. The last song of the night by way of an encore was never in doubt. She performed If I Ain’t Got You thanking the audience for embracing the moment with her. 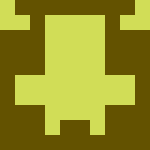