Track: The iconic James releases anthemic single ‘All The Colours of You’ and announces new album for June

Premiere: Blair Jollands lends his enthralling vocals and style to the Billie Eilish track ‘Everything I Wanted’.

On the back of their thrilling new EP ‘Is It Autumn Already’, out now on Communion Records, Birmingham based Chartreuse arrived in London for a sold out show at The Lexington. It’s part of a mini-tour that took in Brighton, Newcastle, Birmingham and Manchester as well as this show in the capital, and comes ahead of their just announced main support slots with Palace, beginning on 11th February 2022.

First up was the smart alt-pop of Lavender, who drew a warm reception with their funk-filled electro and acute sense of melody.

Chartreuse arrived on stage for their biggest ever headline show fronted by the dual vocals of Hattie Wilson and Mike Wagstaff, backed up with Rory Wagstaff and Perry Lovering. The crowd were entranced by the bands beautiful melancholic harmonies which created this powerful, haunting, dark ambient music. If you haven’t already, check them out if you’re into Ben Howard, Radiohead, Sharon Van Etten, Bon Iver.

The appearance of Orlando Weeks delighted the crowd with an appearance as he joined the band for a number, as band delved into their EP and beyond as they thrilled the crowd.

This is one seriously talented band to watch out for in 2022.

Details of the Palace tour, and much more are all on via https://www.chartreuseband.com/ 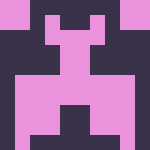 Track: Katy Steele says I ‘Feel So Bad’ in an effervescent glam stomp that floats buoyantly along with spirit, and announces live shows.

News: Halestorm Announce New Album ‘Back From The Dead’; Few Tickets Remaining For An Evening With…. Tour

Interview: We meet half of Black Pistol Fire – Eric Owen

Don’t you just love labels that do things differently? LA’s Colorfield Records are on a mission driven by the search for spontaneity, coaxing consummate musicians from session and backing bands to step out of the shadows themselves and record their own music. Plus to add more energy to the proceedings, the debutants are encouraged to …

PREMIERE: Milan McAlevey shares lyric video for ‘Whatever It Was’ off his imminent debut album

For someone also in a band called Coke Weed, this song doesn’t bring either to mind. It’s probably pretty fond of whiskey, though; not so much the ‘sad sack crying into their drink’ style of alt-country, more the ‘I’ve been through some shit, let me pour something up and reminisce’ kind of alt-country. The author …

You never know what you’re getting with a new Fujiya & Miyagi record. The Brighton band have been blazing their own idiosyncratic trail for more than 20 years now, and we’re pleased to report that their newest offering, out tomorrow, is a suitably eclectic listen that both does and doesn’t sound like the band we’ve …

News: Hypocrisy Are Set To Unleash Their Worship European Tour With Septic Flesh, the Agonist and Horizon Ignited

37 shows in 17 countries is one hell of a tour and one that warrants a huge tour package to embark on it, and that is exactly what you have got with this absolutely behemothic Death Metal tour package, headed up by the colossal Hypocrisy with special guests, the Greek Death uber gods, Septic Flesh …

SLIPKNOT / STONE SOUR frontman and GRAMMY® Award-winning singer/songwriter, COREY TAYLOR has announced a very special livestream event, ‘Half Sold Out: CMFT Live At The Palladium’, which is set to broadcast from the world renowned London venue on 17th October 2022.  The sold out London Palladium show, also featuring THE CHERRY BOMBS, will be a benefit event for The Taylor Foundation, Corey’s charity that supports …