See: Death From Above 1979 reveal new video for One + One

Increasingly it seems, darlings of TikTok and the like, South Arcade’s emo-indie vibe has quickly got excitement building, so we went down to check out a hometown at Guildford’s Boileroom

As the crowds begin to form, its hard to believe that this is South Arcade’s debut show. They have gained huge attention on social media, but are yet to release a single so you may assume the show wouldn’t be too rowdy. Boy would you be wrong. With mosh pits and crowd surfers all over the place, the energy of both the band and the crowd fill the room to the point of bursting. South Arcade belong on a bigger stage, where their energy can truly shine. This is a band to keep an eye on in the future and one you definitely don’t want to sleep on. 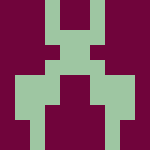 DVD Review: The Way He Looks

Listen: Lovechilde give away “Boris The Spider” as Halloween gift for all.

Film Review: For Madmen Only

Wallis Bird’s ‘Hands’ is a deeply personal album with universal themes of love, understanding and compassion.