Track: The Rumjacks – Rhythm Of Her Name

Album Review: The Callas – Half Kiss Half Pain

Premiere: O’Connell and Love release new video for ‘Will You Be There?’

Unafraid to not take themselves too seriously, much spoofing and hilarity is on tap in the new Peter Darley Miller-directed Alice In Chains video for ‘Rainier Fog’.

“In a world where things are becoming increasingly serious, with ‘Rainier Fog’ we have continued our long tradition of making asses out of ourselves in videos,” says drummer Sean Kinney. “So for all of you that were raised bottle-fed, this one is for you. Mission accomplished.”

“We had a great time working with Peter Darley Miller again,” says vocalist/guitarist Jerry Cantrell. “We made AIC 23 in 2013 with him, which was amazing. We had a blast making the ‘Rainier Fog’ music video, which continues the northwest theme of the record. We hope you enjoy it and have a laugh.”

“The band’s maternal instincts were spot on,” says Miller. “It was a kind and loving environment. I felt special.”

The song features stunning vocals by Jerry, the signature Alice in Chains heavy rock sound, with thumping guitar riffs and great work by Sean on drums.

They returned in grand style in 2009 with the critically acclaimed Black Gives Way To Blue, which hit No. 1 across the rock and alternative charts, earned a Grammy nomination, was certified Gold and hailed by Vice as “a record that’s as powerful as anything the band has done.” Alice In Chains remain one of the most successful and influential American rock bands of all time.

On May 20th, Alice In Chains will embark on an international headline tour that will take them to Dublin, Belfast, Glasgow, Birmingham, London, the Netherlands, Paris, Brussels, Luxembourg, Zurich, Prague, Germany, Denmark, Poland, Finland, Russia and Greece, before an extensive run of co-headline dates in the US with Korn. 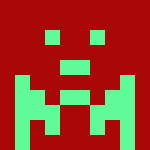 Film Review: Bergman: A Year in a Life

The ultra cool Australian vocalist and multi-instrumentalist, Matt Corby is back on the release trail with the second single, Reelin’ from his upcoming album being unveiled. Following on from a year which has held a number of tragic times, including the inundation of his family home in the barrage of floods which hit northern New …

News: Sam Smith and the Oz tour of GLORIA

Global superstar Sam Smith will bring their GLORIA the tour to Australia and New Zealand in October and November 2023 with Frontier Touring. Touring in support of their fourth studio album Gloria, the long-awaited tour will be their first live shows in both countries since 2018. Gloria, will be their boldest statement yet and comes …

Track: Oceans crest a shoegaze wave with the jangle fest of ‘Pure’, with launch date and new album announced.

Originally a solo effort by Melbournian Thomas Lee, the sparkling bright blue azure sounds of Oceans are now the creation of a fully fledged five piece band, and their new single ‘Pure’ is a hazy summer breeze of delight. Waves of jangling guitars and melancholic layered vocals feature in an immersive fugue. The sound draws …