See: Dream pop chanteuse Julia Why? unveils new video for the glorious track ‘My Grrrl’, ahead of gig news.

Meet: Millie from Millie Manders And The Shutup

Last week John released Nocturnal Manoeuvres, their third album and probably one of the best albums that will see the light of day in 2021. So tonight’s gig at The Georgian was potentially also going to be a highlight of the year. I wasn’t prepared for just how good it would be.

‘No nonsense garage rock’ – their simple Facebook statement – really doesn’t do opening act Onlooker justice. Kicking off with 2020’s ‘Isolation’ it’s a full on set of raw, hard edged, lightning paced, grimey garage rock ‘n’ roll right from the start. Take a dose of early Dr Feelgood, recent Eight Rounds Rapid, chuck in a decent slab of punk rock energy with slicing guitars and pounding drums and you’ll get the idea. And that energy is relentless. Recent single ‘Easy Breezy’ blends the post punk scratchy guitars and spoken/yelled vocals so popular nowadays over a background noise that really ups the tempo. It’s infectious. Every song has an underlying rhythm that dares you to stand still. I doubt there were many feet not tapping away. It’s a 10 song set that is over far too quickly as Onlooker sign off with ‘Radgey’, the explosive opener from 2019’s self-titled ep. “They should be up here.” say John later in the evening. Praise indeed for Onlooker from the headline act.

Wych Elm are a band on the way up. Having supported Idles and with early single ‘School Shooter’ topping a million Spotify plays it’s little wonder word is spreading about this Bristol four piece. After a protracted silence –  a two year gap with no new releases following the fantastic 2019 ep ‘Rat Blanket’ – Wych Elm have made a glorious 2021 return with 7 track mini album ‘Rabbit Wench’. Sharp, primal and raw, Wych Elm songs aren’t manic paced full-on punk. Wych Elm deliver a set that in places is ominous and menacing. Back in the 90’s they’d have been snapped up by 4AD and held in the same esteem as bands like early Pixies and The Breeders. ‘Monkey Jaw’ opens a set full of grungy, fuzzy guitars backed with rumbling bass lines and clever, simple, guitar picking. ‘Scold’s Bridle’ (a medieval instrument of humiliation and torture often used to silence women whose opinions might have been deemed troublesome) is powerful, hypnotic as it builds to a savage crescendo. ‘Executioner’ is repetitively infectious, looking back at a poisonous relationship endured by singer Caitlin Ellimen. “Use my bones as a knife and fork” won’t be forgotten for a while. And despite battling a heavy cold Ellimen still manages to rip right through us as she repeatedly yells “Wench” at the end of the song with the same title. Wych Elm deliver songs dealing with real, often negative, experiences. They do it with a continuous sense of looming danger. They wear their influences proudly. The grunge of Nirvana, bass riffs Kim Deal would have been proud to write and those guitar picks and lyrical nuances that scream Frank Black/Pixies. None of it is light-hearted. It’s deep, dark story telling and we’re not allowed to forget it as they close with ‘Susan Smith’ and it’s tale of a mother killing her children, their bodies found in a rusty car at the bottom of a lake.

John have a new album out. It’s loud, it’s fast, it’s full of attitude. If tonight’s gig was a patch on the album it was going to be a gig we wouldn’t forget. And John didn’t disappoint. In fact they exceeded all expectations. Opening with ‘Sibensko Powerhouse’ from the first moment a plectrum hits a string tonight is a superb example of what a gig should be. Not a single moment where things might slow down. It’s a continuous, fierce barrage of perfect noise. Drums from John Newton that quite literally pummel you into submission. Guitar from Johnny Healey that tears into you like a demonic creature. And Newton’s voice. It growls, it threatens, it puts you in your place and you stay there. Despite the ferocious pace of every song and the sheer volume of what’s emitting from the stage the whole thing is mesmerising. Your feet want to leap around but your brain tells you you’re witnessing something really special and you need to stand, observe and appreciate. Despite the volume, the pace and a voice usually associated with the hardest core of punk John’s songs are full of catchy riffs and melodies. You don’t have to focus too hard to appreciate there’s real tunes here. It takes less than one song for both Johns to be dripping sweat. Not just dripping. When Healey moves (which he does a lot) it’s like a dog shaking the rain off. Droplets sparkling in the lights. ‘A Song For Those Who Speed In Built Up Areas’ spits pure venom while ‘Haneke’d’ is absolutely brutal. ‘Austere Isle’ does manage to drop the pace a little as it fills the air with slicing guitars and rumbling drums before merging into the repeating pounding of it’s midsection. Quite rightly the set is dominated by the new album but there’s still room for the abrasive punk onslaught of ‘Future Thinker’, ‘Western Wilds’, ‘High Digger’ and ‘Out Here On The Fringes’ from album two as well as ‘Squad Vowels’ from 2017’s ‘God Speed In The National Limit’.

It really is almost impossible to put into words the energy and vibes, the sheer power that just two people can produce. And despite the ferociousness of the whole set there’s no aggression. After every song there’s genuine thanks for the appreciation shown by those present together with short conversation and anecdotes such as their preference for playing Stockton rather than Newcastle.

John end the night with ‘Northwood Turrett’ – “No love lost, No desires, To keep cogs turning”. The melodies and the beat to which your feet move have changed but the brutal momentum hasn’t diminished for even a second. Less than 3 minutes long ‘Northwood Turrett’ doesn’t slow to a halt or fade away. It simply stops. One second there’s a wall of noise, the next there’s silence. Quickly filled with the sounds of audience admiration.  By this point I’m wondering how the hell they manage to keep this up for an hour never mind night after night on tour. John don’t then retire backstage to recover. They’re immediately at the merch stand chatting to people.

In the words of a fellow attendee tonight was “One of those “I was there” gigs that had to be seen and heard.” He wasn’t wrong.

More photos can be found here 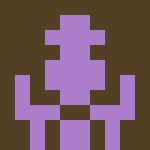 Scottish alternative rock band Midnight Ambulance have released their new single ‘Smoke and Sweets’. The duo of lead vocalist and drummer Amelia and guitarist Fraser produce the most glorious music, with a soundscape that simply envelopes. Amelia’s vocals are “stop you in your tracks” breath-taking and this song is no exception. What starts quietly and …

Sydney band Victoria have today released their second single ‘Favourite Teacher’ through legendary producer Wayne Connolly’s label Scenic Drive Records, and they maintain the upward trajectory set by their debut single ‘Creative Frenzy’ (reviewed here). The label supergroup is apt – this is a band consisting of members of seminal bands Youth Group, The Vines, Smudge and …

PREMIERE: Damion assures ‘Your Secret is Safe With Me’ on slow-burning offering from imminent debut album

Bloomington, Indiana’s Damion Schiralli has been building up toward the release of his debut solo album for a little bit since it was announced back in May It’s an impressive collection of detailed soft rock gems whose general aesthetic is defined further by Schiralli’s chosen recording method: it went straight to cassette, because of course …

PREMIERE: Beverly Crusher get otherworldly on ‘Gimmie the Power’ from impending debut album

If you didn’t know, now you know: Beverly Crusher are finally getting their shit together and releasing an album. We’ve heard it, and if you’re in any way familiar with their sound, you’re gonna love it; even if you got on board as recently as when we premiered lead single ‘Scab’ back in June. It’s …

Suffolk songwriter Bessie Turner shares her new mixtape Arrabbiatta via her own Good Shout Records. This follows her EP Themed Nights which was self-released in December 2021. Lead single ‘It Was Nothing’ was playlisted by BBC Radio6 Music. It’s followed on the mixtape by ‘JUJU’. It’s a brooding track, ruminating on the non-linear emotional journey …