Album Review: Explosions in the Sky – The Wilderness

The buzz of anticipation was all but overwhelming. Like most cities, Sheffield looks after their own – those people that were at Pulps ‘last ever’ gig, or those nights at the arena watching Arctic Monkeys will attest to that, and the next on the conveyor belt of steel city talent heading for those echelons is Rebecca Lucy Taylor, aka Self Esteem.

The Homecoming Queen returned to her spiritual home at the Leadmill Sheffield. Arriving to headline a sold out Friday slot at this iconic venue, it seemed little more than a stepping stone, by the time she’d pinned back the ear of the wildl;y enthusiastic audience. Backed by a troupe of fantastic dancers there is no doubt that she is a serious Pop star waiting to explode.

Her songs from the second album, Prioritise Pleasure focus on female empowerment and the necessity of having fun just for funs sake. The crowd sung back every word, despite the record only being a couple of weeks old with standouts “I do this all the time” and “You forever”

South Yorkshires own Gaga is the best kept secret that is going to be told to the rest of the world very soon. 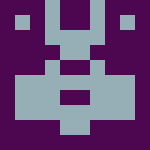 News: Christian Death’s defining US goth debut ‘Only Theatre Of Pain’ receives an expanded, deluxe reissue in the new year

LOVERS of all things Eighties (read: proper) goth, your attention please; LA’s Frontier Records, in partnership with Cult Epics, has announced it is to reissue Christian Death’s defining debut album, Only Theatre Of Pain, to mark its 40th anniversary in January. And it’s not going to be any old repress, oh no: it’s gonna come …

NEW YORK composer, bassoonist and Berlin Prize for Young Artists nominee Joy Guidry is an artist who likes to – nope, is compelled to – dive deep into the music they investigate, be that modern composition, the high flight of free jazz, the expanse of drone, or the articulation of spoken word pieces. The artist …

News: Belphegor will release their first two albums, ‘The Last Supper’ and ‘Blutsabbath’ on Vinyl and together as 2CD.

Austria’s Death Metal high priests Belphegor will release their first two albums, ‘The Last Supper’ (1995) and ‘Blutsabbath’ (1997), next year on Vinyl and together as 2CD. The records will be out on January 14th and you can pre-order your little piece of extreme metal history right here Helmuth states: “While we are finishing up a last couple of dates of  the “The Black Rituals“ …

News: Sabaton ‘The Great Show’ Available On All Streaming Platforms

After evoking memories of their glorious live shows in Wacken and Prague with their DVD ‘The Great Show/The 20th Anniversary Show’ almost two weeks ago, Sabaton unleash another beast hailing their impressive concerts. From today on ‘The Great Show’ – the Swedish metal heroes’ triumphant Arena performance in Prague – is available on all DSPs. You can access it here. Physical editions …

The Dollyrots are set to release ‘Down The Rabbit Hole’, a 24-track collection of B-sides, rarities and cover songs with a Dollyrots twist. The diverse collection features tracks from throughout the band’s 20 year history, remastered and including some previously unheard songs and alternate takes. ‘Down The Rabbit Hole’ is available for pre-order now as a deluxe 2-disc …