See: Beans on Toast leads us in a celebration of what it means to be ‘Humans’; he’s on tour, too

Track: The Loft – Up the hill and down the slope

A sold out crowd came together at Leeds Stylus last night, ready to dance for Self Esteem’s Prioritise Pleasure tour.

Behind the name, Rebecca Lucy Taylor. Recently nominated at the 2022 BRIT Awards for ‘Best New Artist’ & racking up an amazing 3 nominations at the 2022 NME Awards (including ‘Best Album in The World’ and ‘Best Live Act’), Self Esteem has certainly proved a hit with her honest, yet relatable lyrics and vibrant rhythms.

I arrived at the Stylus during the first support act, Seraphina Simone – who later shares the stage with Self Esteem. The crowd, already soaking up the transcendent sounds. Phoebe Green then took to the stage and delivered a mesmerising set, gripping everyone in the room. Both setting the perfect tone for the headline act!

As the final few songs of the (incredible) pre gig playlist came to a close, the smoke slowly filling the stage, anticipation for Self Esteem’s set came to a high. Band members entered one by one to an ecstatic audience who’s screams and cheers could be heard blasting over the heavy drums as Rebecca strutted to the raised platform at the back of the stage.

By the end of the first song, the screen displays a series of striking words including:“Every day I have my keys in my hand. This is going to sound stupid but it’s genuinely something that me and my friends actually do.” and “There is nothing more that terrifies a man more than a woman that appears completely deranged.”

With two dancers/vocalists, the trio stood forward together, owning the entire room with their in-sync moves and echoing harmonies. As the set moved on, Rebecca looked out at sea of people and questioned “anyone wanna pop off?”, to which roaring cheers replied as the band broke into song. Arms were flying in the air and countless hair whips could be seen travelling through the pit as people let themselves go to the music.

The last song before an encore was track titled ‘I Do This All The Time’ – proving a favourite on the record. The song began to play and the crowd erupted, joining the trio’s almost isolated opening of the chorus. Giving a nod to the kick drum that was sporting ‘Keep Lyrics Uncomfortable’ in bold capitals, you could see the truth and honouring of self-worth speak directly to each and every person in the crowd. I watched on as two people in the audience below me embrace each other just as the band began to do on stage. As if nothing else was really happening in that moment. It was entirely theirs.

Self Esteem has an incredible capability of making every moment feel like yours. I can only describe this gig as a warm hug full of much needed empowerment and love. I would encourage anyone and everyone to get tickets!

Signing off the night with “I f*cking love you Leeds!”, whilst sending kisses across the room, one thing was certain… Leeds definitely loves Self Esteem too. 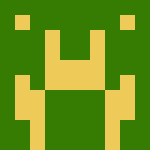 Say Psych: EP Review: The Valkarys – Since I Was Fifteen