Album Review: Serendip Quartet – Queen of Fire; a homage to the Women of Congo.

The return of Spin Off Festival in Adelaide was huge after having to cancel and reschedule several times since 2019. The huge line-up included acts coming over from the Splendour in the Grass Festival in Byron Bay, which meant that tickets sold out instantly. If you were lucky enough to get your hands on this hot item, you were lucky enough to see some of the first international acts performing in Adelaide since COVID started.

The huge line up included multiple music genres that were universally loved.

Starting off the festival were Teenage Jones, Adelaide locals who won Triple J’s Unearthed High in 2020 (the national youth broadcaster in Australia). Playing hits from their EP ‘Taste of Me’, their set saw fans rushing from the gates just to sing along and get a front row view.

Following Teenage Jones were Brisbane band Beddy Rays, who blew away the crowd with their set. A crowd favorite was when they did their Triple J’s Like a Version Thelma Plum’s ‘Better in Black’ along with other favorite ‘On My Own’, ‘Milk’ and ‘Sort It Out’.

A Welcome to Country ceremony was held to acknowledge the traditional custodians of the land where respect was paid to past, present and future elders of the First Nations community.

Aussie rockers The Chats followed after the Welcome to Country, where they tried to fit in as many songs as possible for their 30 minute set. This plan however, it was not as successful as they wanted due to technical difficulties with the drums. Lead singer Eamon joked well we just lost 3 songs in that amount of time. The show went on with them playing their huge hit ‘Pub Feed’.

Australia’s capital Canberra is home to Genesis Owusu, who made a quick trip to to Adelaide to do his set before playing at Splendour in the Grass. Owusu was a massive ball of energy with a huge crowd waiting to see him perform. With three Ninja-like back up dancers/ vocalists he impressed everyone with his insane energy, performing his ‘The Other Black Dog’ single early into the set, wearing his signature red suit from the video. Other songs he played were from his album ‘Smiling With No Teeth’, and the crowd couldn’t help but dance and jump along with him.

The Canadian singer Tate McRae was the first international act to grace the stage, bringing energetic back up hip-hop dancers with her on stage. Her set included songs from her new album ‘I Used to Think I Could Fly’ with her massive hit ‘Stupid’, ‘You Broke Me First’ and ‘What Would You Do’.

The crowd went crazy for Oliver Tree with organisers having to come out and tell the crowd to calm down before he even started otherwise the show would not be able to go on, Eventually the crowd calmed down enough to start Oliver Tree’s set. Riding in on a scooter with a Barbie helmet on, he sure is one of a kind, with his sets including fake fights, costume changes and a surprise visit from local producer What So Not.

G Flip came next – nearly unable to make the festival due to breaking their arm 30 days prior. G Flip learnt how to play the set 1 handed. Doing a killer set despite having to learn to play one-handed, G Flip played song including ‘Killing My Time’, ‘About you’, and ‘GAY 4 ME’.

Queenslanders Ball Park Music hit the Spin Off stage again after not playing there since 2019. The indie rock band played all their hits, with ‘Cherub’ being a crowd favorite. Sam dedicated the song ‘It’s Nice To Be Alive’ to Jen their bass player who is 34 weeks pregnant and will be taking time off after Splendour in the Grass.

American Rapper Jack Harlow was up next, playing a huge favorite that he did with lil Nas X ‘Industry Baby’, telling the crowd to dance and jump and the crowd went wild. Harlow played his major hit song ‘First Class’ with everyone singing every single line along with him. The TikTok rapper made a huge impression on the crowd.

Australian favorites Spacy Jane are a massive indie surf band from Perth who have blasted their way on to the Australian charts over the last 3 years. A group of fans in the front row yelled out to Ashton the singer and he gave them what they wanted with a huge smile and some massive movements, jumps kicks and more. Triple J’s hottest 100 ‘Booster Seat’ was played and the crowd sang along to every word.

Lastly Triple J’s Hottest 100 winners Glass Animals came on and blessed the crowd’s ears with all major hits as well as bringing a pineapple on stage for their classic song ‘Pork Soda’. The English band’s singer band saying I’m not legally allowed to throw these anymore as a pineapple was handed to the crowd. Huge energy was given throughout the show with the band noting that the thing that hits close to home for them was ‘Heat Waves’ hitting the number one spot in Triples J’s Hottest 100 meant the world to them because at the time they were in lock down in the UK due to COVID. Glass Animals of course closed with ‘Heat Waves’. 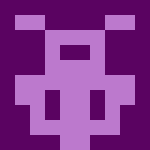 Track: Kaeda Daze is ‘Running From Something’: a haunting dreamy track that envelops like a billowing cloud.

Track: Caelo is ‘Tongue Tied’ – a sparkling gem of hope and optimism. Plus gig date announced.

See: A Place to bury Strangers – Now its over + Tour Dates

Sydney’s Maia Marsh has an impressive form, having been a session musician (lead guitar, bass, vocals) for a number of artists including Huck Hastings who has graced our pages before and Ainsley Farrell, Georgia Mulligan, Georgia Fair and Gloomie. In addition, she was a founding member of dream pop outfit Goodside as well as being …

Noiseworks are a cultural pop rock Australian phenomena and emblematic of a particular home-grown and enigmatic stadium rock in the eighties – even us indie kids respected the fact that Noisework produced the most magnificent power rock anthems of the era, with an indelible ear for melody and a thunderous guitar attack and dynamism that …