See: Slimboy celebrate 20 years with EP release ‘The Hopeless and Addicted’ and video For Never let it die

Feature: Soundtrack of Our Lives – The Flatmates

After a two-year hiatus, Froth is back with their most fully realized work to date, unapologetically experimental yet undeniably accessible - combining some of the band’s strongest hooks with left-field sounds and unexpected flourishes of electronica.

After a two-year hiatus, Froth is back with their most fully realized work to date, ​Duress​. Co-produced with longtime friend and collaborator Tomas Dolas (Oh Sees/Mr. Elevator) at his analog-focused Studio 22 in Cypress Park, CA, the record is unapologetically experimental yet undeniably accessible – combining some of the band’s strongest hooks with left-field sounds and unexpected flourishes of electronica.

Froth’s latest album Duress is an experimental and diverse sounding work opening with a 90’s indie noise rock feel as noted in the single “Laurel.” In a statement by the band, the song is described as being about an internet debate:

“Catalog” sort of opens like a Love and Rockets track before becoming more subdued and almost blends right to the next one (Dialogue). A2 is an upbeat mostly exploratory instrumental with a bold guitar lead up to the last minute, when vocals kick in. “Department Head” is a slower more moody track with ends in a blip of electronics. “77” is a lo-fi experimental electronic sound over drum machine with distant vocals.

“John Peel Slowly” is a short, spaced out pure instrumental with odd beats and  piano that doesn’t quite match to make it more avant-garde. “Xvanos” is a standout track that continues the spaced out sound with a stately opening sort of like post punk procession over processed vocals with a steady tambourine sound. “Slow Chamber” and “Syndrome” close the album on a dreamy shoegaze note, which shows Froth are still well versed in this sound that they are often associated with.

Previous post Not Forgotten: Cud - When in Rome, Kill Me 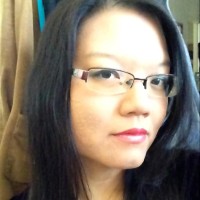 About the Author Liane Chan

Southern California based Webmaster by day, music snob by night. I've also written a number of live music reviews for various websites (The Scenestar, In Music We Trust). In addition to blogging in a few different places, I previously was an AXS contributor and also write some reviews for Backseat Mafia. I previously wrote about fashion and style for Examiner.com. My internet obsession began in the early 90's when I used it to look up information on my favorite bands (and download shareware games).
Twitter Facebook Google Pinterest

Feature: Soundtrack of Our Lives – The Flatmates

Premiere: The Apartments – Pocketful of Sunshine

NOT FORGOTTEN: Edsel Auctioneer – from the Pump Room to the Duchess: life in the 90s’ noisepop scene

NEWS: Orchestra Boabab celebrate 50 not out with vinyl