Say Psych: Track: Blanketman – Taking You With Me

TRACK: SPARKS – ONE FOR THE AGES

Feature: double albums that are actually worth the time. 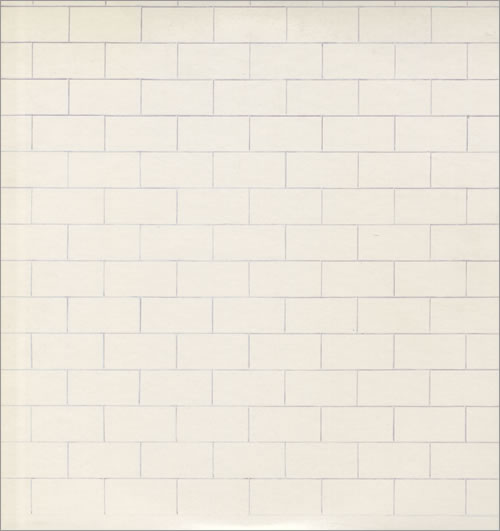 For some artists the single disc statement is not enough. It should be though, as the multiple disc release is a difficult beast to master and many of the most famous double albums are at least half a side too long (The Beatles, Blonde on Blonde, Songs in the Key of Life, Physical Graffiti, etc).

Here then are ten genuinely worthwhile multi-disc albums that not only stand the test of time, but you can listen to all the way through. To qualify it had to be released as a double album when it was first released in whatever format was predominant at the time – vinyl or CD.

Effectively the daddy of all concept albums. True, there had been themed albums before and even a bit of narrative had been attempted from time to time, but no one had taken it to its obvious conclusion before this. Previous to Tommy, The Who had been a capable loud rock band with attitude, but with the release of this monster they arrived at a plateau that no other rock band had yet reached, but many would strive for over the next few years. No one came close, least of all The Who, who attempted to repeat the trick first with the aborted Lifehouse, then Quadrophenia.

There are rare times when a double album doesn’t require a theme or a concept, it’s just a case of the act having a lot of very good material that just seems to fit together. This is very much the case when it comes to Goodbye Yellow Brick Road. Okay, so its great singles have become almost obsolete through over-familiarity, but there’s a vast amount of other good stuff here that is among the very best pop and rock music of the 70s, from the epic prog rock opener of “Funeral for a Friend / Love Lies Bleeding” to the rocking “Grey Seal”. Each time you play it, another five or six songs stand out and that’s a real trick to pull off on a double album. Oh and then there’s “Jamaica Jerk-Off”, which is rubbish (but what do you expect, it’s a double album!).

ELO should have been dead in the water at this time, but Out of the Blue was a howl of defiance against punk and a heady mix of string-backed pop tunes. This is ELO at the top of their game, Jeff Lynne having managed to find a production technique that suited both the pop-rock elements of the band and the string section. With no less than five hit singles to be found over the four sides of vinyl and the “Concerto For A Rainy Day” suite, Out Of The Blue does everything that you want an ELO album to do and as it closes with the cinematic and slightly silly “Wild West Hero”, you are left feeling as if you’ve had a great night out every time you play the album in full.

Sci-fi concept albums were all the rage in the early 70s, but those had been effectively swept aside with the tidal wave of punk by the late 70s. Consider then how insane someone suggesting an orchestral concept album based on H.G. Wells’ War of the Worlds must have sounded. True, he probably pitched it long before punk came along, but for such an ambitious and overblown concept album to become a success at that point of time was little more than astounding. Wonderfully written, produced and recorded, it starred some of the biggest names in both rock and musicals as well as the sonorous tones of narrator Richard Burton. This was a project that had expensive disaster written all over it, but against all odds Wayne pulled it off and it still sounds amazing today.

By far and away Pink Floyd’s most coherent concept album and also their most straightforward rock album to boot. Isolation, paranoia, sex, drugs, this album had it all and all given a peerless production job by Bob Ezrin too. Of course it’s most famous for being the point where Roger Waters’ despot leanings got the better of him and (“Comfortably Numb” aside), the point where the drug-casualty sections of their audience got a bit scared. The beginning of the end for one of the biggest bands of their time, but a vast commercial and creative success for them nonetheless.

Punk’s only worthwhile foray into double albums and another one where a different set of songs stand out with each listen. By the time of London Calling, The Clash were in the process of transcending their punk roots and they were well on their way to becoming one of the great rock’n’roll bands. It was on London Calling that The Clash finally managed to create a suitable blend of rock’n’roll, punk and influences too numerous to mention. While it’s not all the work of genius some would have you believe, but it’s certainly the greatest album ever released by a band who were once part of the UK punk movement.

After perfecting geeky power-pop with Black Sea, XTC headed for lusher and more diverse territories and English Settlement finds them drawing ever more influences from the green and pleasant land that they called home and ensuring that this album sounds organic, loamy even. Having broken his hit single duck with “Sgt. Rock (Is Going to Help Me)”, Andy Partridge penned a series of potential hit singles for English Settlement and one of them, the wonderful “Senses Working Overtime” became the one and only top ten hit for the band. Colin Moulding also provided for strong tunes, the best of which “Ball And Chain” was also released as a single. It was Partridge that was on a roll though, with great songs like “Yacht Dance”, “Jason And The Argonauts” and the elegant “All Of A Sudden (It’s Too Late)”. Best of all was closing track “Snowman”, a tasty metaphor and a smart examination of a relationship that has turned inexplicably frosty.

Double albums weren’t particularly fashionable in the 80s. Lack of disposable income meant that such opulent luxuries like two discs of black vinyl in a gatefold cover weren’t high on most consumer’s shopping lists. If anyone could sell a double album though, it was Prince and when the first track was as good as this album’s title track, then it was always going to be a mega-selling success. Anyone who has ever doubted Prince’s abilities as a song writer should listen to Sign ☮ the Times. It’s phenomenal.

Sometimes a double just doesn’t cut it and only a treble will do. Lets face it, the majority of bands struggle to pull together enough good material to make a half decent single album, hence genuinely good double albums being so rare. Consider then the fact that, not only do most old double albums fit snugly on to one CD these days, but 69 Love Songs is then a treble CD (that’s the equivalent of half a dozen albums folks!). The astounding thing is that of these 69 tracks, there is only one genuine howler (the frankly awful “Love is Like Jazz”). To have a triple CD set dedicated to one subject is a massive gamble, but amazingly Stephin Merrit and his cohorts somehow manage to not only pull it off, but create one of the genuinely great albums of the 20th century just as the curtain fell on the millennium. Impressive stuff.

Blinking Lights and Other Revelations (2005)

Recorded over a period of years, this is Eels lushest sounding album by some distance and one of their most diverse. Spread over two CDs it’s one of E’s most personal releases, and though probably not the best place to start for the newcomer, it’s the release which best displays the often overlooked range in his writing. From pure, pop, to heart broken piano ballads, and then finally closing with the glorious “Things the Grandchildren Should Know”, Blinking Lights and Other Revelations is a head-spinningly diverse

Previous post Track: We Are Temporary - Who's going to love me now?

TRACK: SPARKS – ONE FOR THE AGES 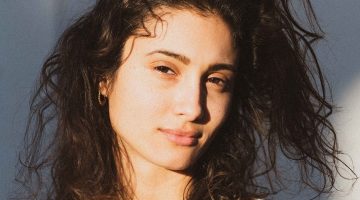