Track: Ritual Cloak – ‘White Noise’: an elegy for a friend in cooltempo electronica

LIVE: OSees whirl up a sandstorm in the Californian desert for The Levitation Sessions

A FRIDGE full of beers; pizza and chips in the oven, and a spread of crisps laid out: this is the ‘new normal’ for the live show experience during the Covid-19 pandemic.

The surreal element of watching a band from halfway across the world from the comfort of the living room will likely never actually feel anything but strange, even if it is quite the comfortable novelty.

Whilst it doesn’t quite have the same element of being at a sweat-soaked live show, if anybody is going to knock it out of the park it will be the best live band in the world and the ever-prolific garage-rock, psychedelic warlords OSees (FKA Oh Sees/Thee Oh Sees) with their Levitation Sessions.

Kicking things off with an Osees classic, “Carrion Crawler”, the San Francisco megalodons whirled up a searing sonic sandstorm in the middle of the desert before doubling-down with another big-hitter, “Come From The Mountain”. Despite taking a turn into their proggier side alongside the stoner-sludge-psychedelic-rock, it was hard not to still create a small moshpit in the living room, along with Tis, the tiny dog, who was also present.

The mind-melting ferocity of OSees didn’t let up one bit delving between their raucous psychedelia, krautrock, cauldronesque sludge, free jazz, space rock and frenetic fuzzed-out garage in a set that consisted of OSees favourites and songs never before performed live – no doubt future treasures from the forever growing OSees catalogue.

Overall OSees are a rollercoaster thrill-ride of a live band that hurl you to the fringes of space itself before you nosedive into a crashing asteroid inferno that passes through the Earth’s crust and out the other side at lightspeed.

There really is no band that can match OSees live, even when there’s no crowd, the gig is in the middle of the sun-baked Californian desert and half of the band are wearing face masks.

All hail the sacred deities of modern rock n roll. 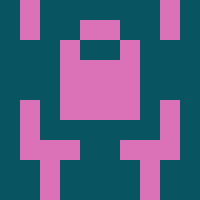 About the Author Brad Sked