Track: In the lead up to the much anticipated album ‘Skinty Fia’, Fontaines D.C. drop another brilliant single ‘Roman Holiday’.

If you’re inclined toward weird and wonderful psychedelic explorations, you will undoubtedly be familiar with Gong. Since their proto-formation in 1967 with members of Soft Machine, they have been at the avant-garde of all things free-flowing, progressive and other-worldly.

As the decade shifted, they released their seminal album – Magick Brother. However, it was the three part, now cult-masterpiece; Radio Gnome Invisible (Flying Teapot, Angel Egg and Camembert Electrique) that truly cemented their place at the pinnacle of the world of musical oddities.

After the passing of founder Daevid Allen in 2015, the band have carried on the beating heart of Gong. Their latest instalment, Pulsing Signals, (https://kscopemusic.bandcamp.com/album/gong-pulsing-signals-live) is an all live rendition of their 2019 album: The Universe Also Collapses. Recorded over several locations from their 2019 UK tour, the album has finally landed down back to earth.

We caught up with Kavus Torabi and Dave Sturt, part of the team spearheading the latest incarnation of the Gong mothership, ahead of their new release.

So, this new album is a live album of the previous studio one, are we right?

Kavus: Yeah, but not just that. It’s basically part of the set that we were doing on the tour for the previous studio album. We weren’t necessarily planning on making a live album. Although, quite a few people had asked us about it.

Completely coincidentally, we had Edwin supporting us on the April 2019 tour. He got a guy to record three of the gigs and said that he’d record us too.

With the lockdown and being unable to do anything, Dave began trawling through all the live recordings and thought that it sounded great. He subsequently went through it all again and actually compiled the best versions of the tracks from all three nights. We then got Frank, who had produced some of the last album, to mix it. Myself and Dave have spent the last few days dotting the Z’s and crossing the F’s. It’s exciting! We’re buzzing about it, it’s really raw.

Did knowing you were recording for a live album change the way you approached the shows?

Kavus: I think I was aware on some level, but even though we knew it was being recorded, I didn’t think they’d actually do anything with it!

There must be a really nice freedom with that. The album must have a special flavour to it if that’s the case.

Dave: When I was listening to the test pressing, it really felt like being on stage. It perfectly captures what it feels like to be on stage with Gong. Even though I’ve heard it many, many times; going through all the different iterations. When it’s finally on vinyl, it makes this solid thing that you listen to in a totally different way.

It must be like getting to watch it yourself!

Dave: Absolutely, we never actually get to see it, so yeah!

How are the songs conceived? Is it a jam based process that is then refined? Or do you have certain riffs/licks that you move into and subsequently branch out from?

Kavus: Certainly on the last album. The best way for us to work is when we are all together in one room. Being an international band, we started off sharing some tunes we’d come up with individually, which is fine, but it’s way better when we’re all together.

Take “Forever Reoccurring” for example, that started off with a riff that I had. We began with just that, and the piece just grew and grew. Each section started multiplying, almost like a fractal. You take one idea, and five ideas spiral off that, and then another five might come from those ideas. you know and each one. It’s like psych 101, you know…

Dave: Often when we are working on tracks, someone might come up with a lick, and someone would chime in and add other bits. Maybe someone comes back with another melody; or a suggestion of a chord change; or even a different feel to it altogether. There’s a white board in the studio which is always covered with various song sections from the longer songs, and ridiculous names that we’ll evidently forget later on.

It was the same when Daeve Allen was alive. He lived in Australia, so we’d get together, rehearse, work on our ideas, and do a load of gigs. Then that was it until the next time. It’s really nice to have that focus when we’re all together, because as soon as you know it, we’re all off doing other stuff. Knowing that Gong is the priority when we’re all together helps to really live it.

Did Daevid have any visions/dreams for the future of Gong before he passed?

Dave: We still live it, and it feels as though Daevid Allen is still with us in a way. It almost feels like he’s in the room going “yeah guys this is great!” You can almost imagine him dancing around the room and living it all with us.

You very much capture the heart of even the earliest albums. It’s clearly still ‘Gong’ in every way, which is just fantastic.

In regards to the live show: the visuals, the music and the repetition is meant to trigger an alternative state within the audience and ourselves. We want people to come away with an experience; a change. That in itself is what I have wanted to do with music, and Gong is such a great vehicle to achieve that. It’s etched into the DNA of what Gong is. It’s a transformative psychedelic group. We have been left with this weird spaceship that is Gong; to navigate to this weird planet, and at the very core of it we are making psychedelic music. We are making stuff that really is transformative, and has something mystical, strange and mysterious about it.

During the day of a show, I am brimming with all the usual anxiety that anyone experiences beforehand. But the moment we walk out, it’s as though the shaman gives me a high-five and welcomes me on. This job is to send across a language of pure inspiration out into a room, into a venue, and create this cathedral of light. That’s what we’re thinking before we play. “Okay, we’re gunna fucking do this now.”

Have you been working on any new material since this album was recorded?

Dave: Yeah, we’ve started working on the next album. There are a few tracks that seem to be emerging. Last time we rehearsed, another long track needed writing up on the white board. We’re looking forward to getting back into it all – after the tour in March. We’re hoping that there will be a few weeks afterwards where we can carry on working.

If you only had one instrument and one piece of equipment to make an album with, what would you choose?

Dave: For me it would have to be a fretless bass and a looper pedal. I could create endless psychedelic soundscapes to wallow away the hours.

Kavus: I would say, in terms of versatility, just a guitar and a distortion pedal. On the other hand, I have started playing things like the harmonium now, and various other weird instruments, especially since we’ve been locked away. I’ve got the mother of all Indian instruments, it predates the tempura and the sitar: a Vichitra veena. I was also given a wonderful Chinese harp called a Guzheng. In a way, I’d be tempted to opt for the Guzheng in order to force myself to write something outside of my usual realm. I always fall into the same chords and melodies on the guitar. So yeah, I’m going to say the Guzheng.

Thanks so much for speaking with us! All the best with the album release and the upcoming tour, hopefully we can make it to one of the shows! It’s been an absolute pleasure. Much love from us all at the Kernow Psych Society via Backseat Mafia. 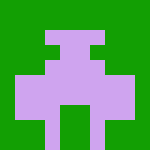 Track: The Orange Kyte – Inside Out n’ Upside Down

News: Sanctury to release 30th Anniversary Edition of album ‘Into The Mirror Black’

DROPPIN KNOWLEDGE: track: Busty and the Bass feat. Macy Gray – ‘Out Of Love’