Track: Boski – Give it Up

In his 85th year and still writing vital music, Abdullah Ibrahim, a true giant of the golden age of Jazz, releases Dreamtime, the lead track from his first album in four years, The Balance, recorded at London’s RAK Studios and due out in late June. Ably supported by his long-time backing band Ekaya, Ibrahim doesn’t mess too much with the formula which has afforded him a 60 years (and counting!) career and as ever, the magic is in the spaces he creates with his masterful but sparse piano playing. Mellow, brooding and introspective, with a rhythm section playing just enough to let you know they’re there, and long, subtle chords from the horn section, the track is led by flute playing that could easily be mistaken for the likes of Herbie Mann or Hubert Laws. An unusual choice for a lead track perhaps, but his trademark melancholy Township Jazz is here in spades – not for no reason has he regularly been referred to as the South African Mozart, and it’s not a bridge to far to imagine this track as a piece for a chamber ensemble – there is great depth to be found here, as always, and it’s safe to say that while there is breath left in his body, he’ll be creating music that stands tall amongst his greatest works.

New album ‘The Balance’ due out 28th June via Gearbox Records

Next Track: Com Truise - Ultrafiche of you, plus European Tour Dates 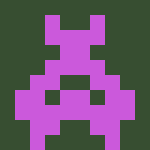 Album Review: ISQ – ‘Requiem for the Faithful 2.0’ – The Remixes

Track: Slip inside the gorgeous, dubby blur of ‘The Visitant’ as Scottish ambient duo Cahill/Costello announce an enthralling debut album

Incoming: Call Me By Your Name

Not Forgotten: Kate Bush – The Dreaming

Track: Children Collide make a sonic impact with new single ‘Man of the People’ as a delightfully fuzzy amuse bouche for new album ‘Time Itself’, and announce tour.

With a deceptively tamed jangling start, ‘Man of the People’ by Melbourne trio Children Collide erupts into a mountainous riff-laden fuzzy psychedelic trip laced with a wild caterwauling guitars and an air of barely contained excess and chaos. An utterly satisfying thumpingly cathartic ride with a sudden stop that leave your senses reeling. But it’s …

Track: Reb Fountain sparkles with her inimitable style and grace in her new single ‘Lacuna’, and announces New Zealand tour.

‘Lacuna’, the new single from New Zealand icon Reb Fountain swaps a swaggering bravado evident in her last single ‘Beastie’ (see review here) for something more restrained but just as powerful: a simmering, prowling and enigmatic track that has a hint of something ominous. With its subtle sinuous spine and a fuzzy guitar interlude, ‘Lacuna’ …

It’s strange how songs written in specific circumstances can take on new significance in different situations. Written after the loss of lead singer Valeska Steiner’s father, ‘Fit Back In’ was released in May as a teaser track from BOY‘s forthcoming third album and the long-awaited successor to 2015’s We Were Here. The task of fitting …

Black Marble (aka Chris Stewart) has announced his new album titled Fast Idol, which is due out October 22 via Sacred Bones Records. He’s also sharing the first single and video for Somewhere, alongside the announcement of UK/US tour dates this October and November. On the track itself, Chris Stewart shares: “‘Somewhere’ describes a place …

We premiered the lead single from New Jersey trio Cold Weather Company‘s new record toward the end of June, to head up the release of their Coalescence, Pt. 1 primer EP, and are equally pleased to premiere the next cut from it; and we mean ‘cut’ in the most literal sense. A self-contained track in …

TRACK: Tanya Donnelly and the Parkington Sisters – ‘You Will Be Loved Again’: album release listening parties on Friday