Album Review: Ashrae Fax – Never Really Been Into It

Track: Fit For An Autopsy – Far From Heaven

News: Buzzcocks announce details of the reissue of ‘A Different Kind Of Tension’ & ‘Singles Going Steady’.

The glam-horror-punk banger mixes in a dose of theatricality after the band teamed up with producer Neil Kennedy. It follows their 2020 single ‘Drowning‘ and 2019 release ‘This Is Havelocke‘ EP.

Alongside the single release, Havelocke announced that they have signed to independent record label Silent Cult. 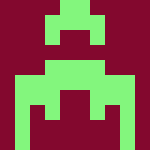 Track: Beneath The Embers – Set Me Free

Track: ‘A Funny Thing Happened’ to the enigmatic Laura Jean – the ethereal third single from her forthcoming album ‘Amateurs’ is released today along with tour news.

Australian legends, The Church, have announced a release date for their much anticipated new album ‘The Hypnogogue’ – now due out on 24 February 2023 – and to sweeten the wait, they have unveiled new single ‘C’est La Vie’ along with news of an extensive US tour. ‘C’est La Vie’ sparkles with the classic sound …