Track: Stillwave – “What have you”

Derrick Hodge may have been flying under the radar of many as sideman with artists such as Robert Glasper, Maxwell, Terence Blanchard and Common but is here now with his third album under his own name. With such a high pedigree brings with it obvious anticipation.
This album is impossible to pigeon hole stylistically. It is described as a mix of jazz, contemporary R&B and hip-hop groove, although you may hear a whole lot more with ‘rocking out’ moments and perhaps also classical elements in the way melodies are developed and treated thought the album. The lack of standard song structure lends itself well to the feel of soul and spirituality that puts the listener on the edge of their seat excited for what may be hiding around the corner.
‘The Cost’ which is the albums opening track has an epic feel with a continuously building quirky melody which is revisited numerous times. This track certainly seems to set the tone of the albums concept which is an embrace of the fluidity of sound. Listen out two minutes into the track for a serious explosive drum feature over the repeated melodic figure. Mike Michell and Justin Tyson on drums.
Midway though the album we have the albums title track ‘Colour of Noize’ a white water ride of groove based textural exploration. Here we witness a superb example of how a group of great, young modern jazz musicians can develop a simplistic chordal theme and create a beautiful world of chaos within. This was the first time this brand new line up had played together! Perhaps how it manages to sounds so fresh and exciting. I can only imagine Derrick really encouraging the musicians to explore freely and those magical moments were thankfully captured for us all to enjoy.
Towards the end of the album we have a series of much softer reflective moments such as ‘Heartbeats’ a wistful ballad where we get to hear Derrick playing striped back in a lighter produced setting. A maturity shown in the way that the bass features are subtle and not too frequent. An understated class of a musician perhaps so used to working under bigger artists that he doesn’t necessarily feel the need to blast his own chops all over the album. This is followed by the song ‘New Day’ which we clearly hear the melting pot of influences in Derricks writing and in the other musicians involved in the project.
The album certainly leaves us excited for what’s to come next from Derrick Hodge and it’s also worth a special mention of 18 year old Jahari Stampley (piano/organ) who was simple spotted on YouTube by Glasper in a clip which he sent to Hodge. A real example of the kind of gamble Hodge is prepared to make to create something as unique sounding as this latest offering. A gamble that clearly paid off.

Color of Noize is out now via Blue Note Records.

Next Track: KEYS - This Side of Luv 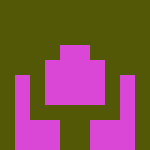 News: ‘Amy Winehouse At The BBC’ compilation coming 7th May

The Breakdown Pretty Uglys’ new EP ‘Party Friends’ is a pulsating and vibrant set of magnificent, sneering and imposing tracks. Pure guitar-driven riffs over a thundering rhythm section and with vocals so loaded with attitude you can almost see the arched eyebrows and sneer. It is gratifyingly cathartic and confident. Independent – 8.5 Blasting off …

News: Travis To Release Album The Boy With No Name On Vinyl

The Boy With No Name’s is set to be re-released on vinyl 28th May via Craft recordings. It comes fresh on the heels of the vinyl reissue for Travis’ debut album, Good Feeling (released April 2nd on Craft Recordings). Leading up to the release, all four band members participated in an exclusive Q&A conversation with producer Steve Lillywhite, who they …

On 14th May Demon Records will release three Frank Black albums which have never been available on vinyl before. ‘Francis Black Francis’, ‘Honeycomb’ and ‘Fast Man Raider Man’  Each is lovingly issued on 140g coloured vinyl: ‘Frank Black Francis’ will be available as 2LPs on white vinyl, ‘Honeycomb’ on translucent-honey vinyl and ‘Fast Man Raider Man’ as 2LPs on …

NEWS: The Avalanches ‘Since I Left You’ 20th Anniversary DELUXE Edition with added remixed goodness, out June

The Avalanches have announced a 20th anniversary reissue of their ground breaking debut album Since I Left You, with a deluxe edition featuring numerous bonus tracks including previously unreleased remixes by MF Doom, Black Dice, Leon Vynehall, Sinkane and Carl Craig.  Set for release on 4th June via XL Recordings, Prince Paul – the de facto fourth member of De La …

Album Review: Bob Evans unveils ‘Tomorrowland’ – a sparkling and shimmering journey through time – along with news of an Australia-wide tour

The Breakdown Bob Evans has an ear for delicate and uplifting melodies that are buoyed by crystalline guitars and lush, rich instrumentation. As a result, Tomorrowland is a triumph, fusing an indelible songwriting craft with a deeply profound pop sensibility. Dew Process – 8.8 Australian indie giants Jebediah’s front person was Kevin Mitchell, and Mitchell, …