It’s easy to see why Glen Hansard won an Oscar and a Grammy, after his performance at the Royal Festival Hall, where he moved smoothly between heartbreak and soul stirrer and proved to be an engaging and funny hist for a near on two hours. It also showcased Hansard as one of the best singers around at the moment, his voice thrillingly emotional, soulful and powerful as he sang a capella, with just his guitar or piano for accompaniment, or with the 12 piece band that joined him onstage after his opening salvo of songs, opening with his old band The Frames ‘Say it to me now’, followed by Interference’s Gold.

Over the course of the evening, Hansard litters the set with covers and Frames songs between his own solo songs, particularly from recent album Between Two Shores. Particularly popular is his updated version of Woody Guthrie’s Vigilante Man, with updated words poking a stick at Trump. Finishing his set with The Frames Her Mercy / Star Star, he recieves multiple standing ovations, and is brought back for several encores, including a staggering version of Grace Beneath the Pines, which appears straight after another Frames staple, Fitzcarraldo.

The evening ends on another high as he bows out with his take on The Pogues Rainy Night in Soho, and leaves the audience to wonder if he realises what a privilege its been to listen to, and be entertained by him.

Previous Album Review: Ought - Room Inside the World 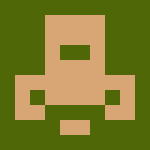 News: Mick Thomas’ Roving Commission release new video for Back In The Day

Incoming: When Marnie Was There