News: Make Do and Mend announce new album for March 2015.

Track: Julia Why? Releases the achingly beautiful and powerful track ‘My Grrrl’ and announces launch gig.

TIFF Review: As in Heaven

Cloud Factory recently formed in Toulouse, France from members of other local bands such as Cathedrale and Noir City, with Alice Cyprine on vocals. Their debut EP “Cloud Factory # 1” will be released July 3rd on Howlin’ Banana Records, and the first single “Amnesia” is already out.

Amnesia is a pleasantly bouncy, sparkly piece of motorik indie-pop with grungy guitar undertones, the combination somewhat reminiscent of The Breeders or Elastica, or French guitar-pop band Les Calamités. The intermittent appearance of resonant synthesizer sweeps suggests the potential for growth towards more Krautrock sensibilities as the band matures. The video features the band performing the track, and even with its surreal, vaguely angsty lyrics, the song is quite a perky antidote to the doom and gloom of 2020 so far.

Previous Track: Michael CG - When Do I Start Smiling

Next See: Valkyrie release new video for ‘Fear’ with new album on the way 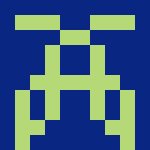