See: Madeaux releases new video for Kill For Me

In Coming: The Confession

SEE: The Close Lobsters have still got the guitar shimmer nailed – ‘Godless’

Incoming: The Duke of Burgundy

4.1 8.2
Lost Themes is John Carpenter's debut standalone album of instrumental tracks. Music for films never made by Carpenter. It's a soundtrack to whatever your imagination can come up with.
Sacred Bones
8.2 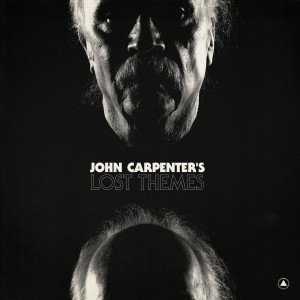 oranges, yellows, and reds, topped with gray, overcast skies bled into our psyche and made us re-imagine Halloween in a whole new way. In a way where the fear we felt walking down the sidewalk in our Darth Vader costume holding a grocery bag full of Hershey and Nestle confections wasn’t something made up in our own minds and imaginations. It was something very real. The Bogeyman wasn’t just contained in a campfire ghost story; the Bogeyman was lurking just up the street ahead waiting for you. Carpenter defined a genre of horror and indie films with 1978s Halloween. From there he made films that would go on to inspire fans and fledgling filmmakers alike for years to come. Part of the appeal of his films, besides the very distinctive look(color, lighting, cinematography) were the scores he created to help push the story along. He used modern technology with classic touches to make haunted, eerie, and pulsating soundtracks. The Prophet 5 and 10 synths were used by Carpenter to create classic scores for Assault On Precinct 13, Halloween I,II,and III, The Fog, Christine, and The Prince of Darkness just to name a few.

For a certain portion of the music-loving population these scores Carpenter created(in the case of Halloween along with Alan Howarth) are as important as the films themselves. They define an era of horror film where auteurs like John Carpenter made what to the common eye appeared to be “cheap thrills” kind of horror. But looked at a little deeper there was more going on. These scores act as a time machine of sorts to back to those days. Before “the gorier the better” adage took hold. Much like those films, the scores were classics. Lost Themes is John Carpenter’s debut standalone album of instrumental tracks. Music for films never made by Carpenter. It’s a soundtrack to whatever your imagination can come up with. It’s every bit as good as you’d think, with only a few moments where it staggers a bit.

Lost Themes is filled with great, haunting moments. “Vortex” feels like an opening steadicam shot through neon lit city streets. The lights reflecting off puddles along the sidewalks as someone makes their way through an urban landscape dimly lit. “Obsidian” is a driving track that feels like a chase through the night. “Fallen” is melancholy and dream-like. “Purgatory” is menacing and mournful, while “Night” is arpeggiated menace. Every track is a single word title, and I think that works well for these songs.

Carpenter, along with his son who helps his dad out on Lost Themes, creates dark moods and aural experiences with a singular precision. Some songs suffer from at times a dated sound here and there. “Mystery” moves along nicely until “rock” drums enter the picture and add an element of Trans-Siberian Orchestra to the proceedings which slows down the songs initial tension. “Wraith” gets bogged down a bit towards the end with a guitar part that seems to have been pulled from a Savatage song from 1987. “Domain” sounds more like Australia’s The Night Terrors than John Carpenter, but these are just small issues. Nothing that bogs the album down too much.

Bands like Sinoia Caves, The Night Terrors, and Night Flights have been making synth-heavy records over the last few years that borrow heavily from John Carpenter’s scores and they do it well, without aping Carpenter too bad. More homage than anything else. But it’s great to see and hear the “Master of Horror” himself putting out a standalone record of original music. Lost Themes is both a throwback to classic Carpenter soundscapes and a modern take on synth-driven music. He may not be making movies like he used to, but if this album is any indication, he’s certainly not running short of creativity or artistic wealth. Not by a long shot.

Born in the bosom of the Midwest, USA, J Hubner grew up in a woods next to a cornfield that was just a throwing distance to a lake.

Music has been a constant in J Hubner's life since he was a little kid soundtracking epic battles with Star Wars action figures with his older brother's Deep Purple, Megadeth, and W.A.S.P. cassettes. He started playing guitar at 12 and since 2006 has self-released 10 albums under the names Goodbyewave, Sunnydaymassacre, Dream District, and J. Hubner.

J Hubner is married with three kids and a miniature schnauzer named Otto. He still resides in the Midwest, USA. Near that same lake.

Feature: Blood Red Shoes give us a track by track feature on new album Ghosts On Tape

Track: Magic Bronson – What a week

Fans of Darren Hayes and Savage Garden will be delighted to learn that the singer will be returning to Sydney for the annual Gay & Lesbian Mardi Gras Parade which is due to take place on 5 March 2022. The performance at this year’s Mardi Gras will mark the first performance by Hayes in over …

Songwriter, producer, rapper and multi-instrumentalist BLESSED has just released a powerful track ‘No Change’ accompanied by a raw and enigmatic video filmed in Western Sydney, capturing the powerful messages of the track. BLESSED says of the track: ‘No Changes’ is an anthemic commentary on what seems like an endless battle to be seen, heard and treated …