Not Forgotten: Kate Bush – The Dreaming

After much postponing, Becky Hill stunned crowds with a slew of track from her new album as well as some classic hits, as she performed dynamically to an enthusiastic, sold-out audience at Sheffield’s O2.

Kicking off her set with an avid rendition of her hit “Afterglow”, she set the crowd alight with her vibrant stage presence. Her upbeat party songs complemented by her soulful voice had the crowd screaming, dancing and singing along within the first two minutes.

With a completely sold-out show, the O2 is packed with teenagers, children and adults of all ages and Hill encourages them on by keeping things hit-laden before singing a particularly outstanding version of her new song “Business”. Originally duetted with equally famous singer Ella Eyre, this time she ropes in one of her incredibly talented backing singers, and the results are breathtaking. The echoing confidence demonstrated on stage by Becky has the crowd over the moon with excitement.

Later in the set she settles down to tell the heartbreaking story behind the equally touching “Distance”, a story which I’m sure related with every member of the audience, about the struggles of families, friends and lovers being torn apart by the coronavirus. The set continues in fine style with finishes with a mixture of hits and album tracks, as well as moments of more repose with Ella and her singers sat down at the front, and Hill also taking to the stage with nothing but her guitar. Chart topper “Wish You Well” in particular whips up the throng and has them at least attempting to sing along.

Becky has built up a loyal fanbase, and everyone who saw her in “The Voice” has watched her progress and seen her grow into the fabulously talented vocalist she is today. Each note of each song drew emotion – whether that be excitement, sadness, joy – from an already exhilarated audience. If having an audience hanging on to every word she sang is a true marker of success; then Becky is one of the most promising artists of the upcoming generation, and all are thrilled to see her truly flourish.

With Becky’s newest album, Only Honest On The Weekend, proving to be a worthy soundtrack for all pubs, clubs and social events right now, the future looks bright. No wonder she tells the audience there’s no encore – she’s ‘saving that for her arena tour’.

Her performance at O2 over, the crowd leave reacting to a night of pure happiness and music, with stunning vocals, a tight band and brilliant light show making it a real ‘event’. With her increasing popularity Becky Hill encourages other British artists to pick up their pace in the world of pop. Tonight though a spellbinding, admirable performance sets Becky on a path to accomplishment, a life filled with amazing music and so much more. And didn’t we all love it.

Next Premiere: Cathal Coughlan and Jacknife Lee ready for broadcast as Telefís and offer you 'Mister Imperator (Maurice and Charles remix)' 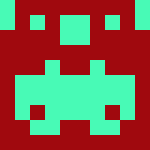 The old adage informs that good things come to those who wait but it’s just as relevant to those whowork their balls off; those who have absolute faith and commitment in what they do as they createsomething that’s as beautiful as it is dangerous, as joyous as it is deafening. Leeds four-piece FUDGE. after the …

Four friends from the Isle of Wight merge Blur, Beach House, the La’s and their own shared history to produce a an EP packed with glorious acoustic shoegaze anthems.

Jeff Cotton of Captain Beefheart and his Magic Band fame to release his first ever solo album – The Fantasy of Reality. After playing guitar, lap steel and vocals with the legendary Captain Beefheart and his Magic Band, appearing on the ground breaking album Trout Mask Replica (under the pseudonym Antennae Jimmy Semens), as well as playing on Strictly Personal & Mirror …

PREMIERE: Buñuel tip their hat to David Lynch in suitably intense clip for ‘Roll Call’ off new album ‘Killers Like Us’

If you haven’t heard the new Buñuel album yet, you really need to fix that. The four-piece, helmed by Eugene S. Robinson (also of Oxbow), put out the cathartic Killers Like Us earlier this year; their new single is an ideal introduction to the record if you’re still playing catch-up. We’re premiering its cinematic video, …

PREMIERE: The Rare Occasions are ‘Seasick’ on first new song of 2022

You may have heard The Rare Occasions already without knowing it; the Los Angeles trio released an album a little over a year ago called Big Whoop, which, contrary to its nonchalant title, has been doing plenty to put them on the map. It’s not even a song off that album that’s been doing the …