DVD Review: Ashes in the Snow

Modern Studies at the Edinburgh Fringe

Album Review: Tunnel Traffic’s elegiac ‘Take my Power’ is a shimmering and immersive work of art

Taking a lead from Sliding Doors and a myriad of dating website ads, the video to Kodaline’s new single The One, has a real ‘will they won’t they’, sniff of destiny about it. The two are perpetually in the wrong relationships, living in the same area, going to the same parties, they even went to the same school… but they never quite manage to hit it off. The anticipation is palpable. A hard working girl and a ‘bad boy’ cliché, that reminds me so much of Grease’s Danny and Sandy…they even finish up wearing leather jackets.

Inevitably, squeezing a feature length film into four minutes and one second means something is lost in translation. The song was initially written as a last minute wedding gift for the band’s sound engineer. The recipients of this gift might have gone through life as acquaintances and then a chance collision saw them falling in love. Maybe I should take a look at my old school friends and engineer a sweet collision…you never know they could be the one.

Steve Garrigan – lead vocalist – admits to leaving it to the last minute. Perhaps it would have been more lyrically complex if he had not. The song smacks of boy bands like One Direction and Coldplay with a rousing, infectious tune and the slight nasal tone to Garrigan’s voice.

Released on the 12th April, the track had never been intended for general consumption. But like the lovers in the song it took just a chance encounter to throw it onto another path. Whilst on tour the band agreed to let a fan propose to his girlfriend on stage and they decided to dust off the song. It had such a warm reception that they just had to record it! If only they had not I would have been saved it going round and round in my head. Nothing is more irritating.

Infectiously catchy it may well be, but it’s not quite catching me.

Next Meet: The TUTS, fresh from their support slot to The Selector 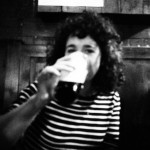 News: Mick Thomas’ Roving Commission release new video for Back In The Day

Film Review – Helmut Newton: The Bad and the Beautiful

REVIEW: Filtergeist’s ‘Invocation EP’ is one for the Chain Reaction heads

News: Archetypes Collide announce debut album and share ‘What If I Fall’ video

K-Pop phenomenon NCT 127 have released “Ay-Yo,” a repackaged version of their fourth studio album “질주 (2 Baddies)”. “Ay-Yo” features three brand-new tracks, including its title track by the same name. Listen to “Ay-Yo” HERE and watch the music video below. The physical album is set to release on 3 March in the UK.  Today’s repackage release features a total of 15 tracks including 12 …

Steelhouse Festival are proud to announce that Black Stone Cherry will be this year’s Sunday headliners in a UK festival exclusive for the 28-30 July 2023 weekend. The Kentucky rockers, currently on a UK Arena tour, will be making their debut at the top of the mountain and adding even more weight to the truly international range of top drawer Rock …

Track: Robert Jon And The Wreck – Who Can You Love