Track: Harker – The Beast Must Die

Track: The Good Love have ‘Too Much To Dream’, a harmony-laden ray of goodness, as they go out on tour.

Track: The legendary The Church return with new single, title track to forthcoming album ’The Hypnogogue’, ahead of Australian tour.

UK artist Rasstokyo started out in the industry as a producer before shifting into singing and rapping. His latest release, ‘Good Feeling’ exemplifies his targeted sound well, and is executed brilliantly.

Formerly known as Tokyo the Producer, he’s spent a long time perfecting a sound he calls “water music” — music with mutable energy that flows, changes and adapts itself like the trickle of a stream.

This record, which is produced by Smokey, is the South Londoner’s attempt to bring joy, uplift and sense of prospect to the listener. He does this well through the songs sonic texture. Influence from Kid Kudi, Travis Scott and Kanye West is poignant and while this sound has been vastly commercialised over the past 5-years, Rasstokyo treads the line of authenticity well. This track feels to have its own identity, as a Lo-Fi UK banger.

Rasstokyo says: “Once I heard first few seconds of the beat, I knew it was meant to be something good for the world. He wrote the song within an hour and now it’s ready to influence us all in the best way possible. Let this track take you to a place of love and good feelings.”

Next Track: Bobby Oroza releases the sultry Soul of I Got Love 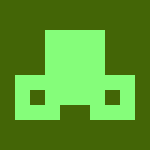 Droppin’ Knowledge: Behind The Boards With Sir Froderick

Tropical Fuck Storm have announced the upcoming release of their ‘Submersive Behaviour’ 12″, on 3rd February 2023 via Joyful Noise Recordings, it will feature the band’s new single ‘The Golden Ratio’, which is out now. ‘Submersive Behaviour’ is the Australian art-punk combo’s take on the ‘covers record’ concept. ‘The Golden Ratio’ is joined on the 12″ by three tracks from their recent …

China Crisis tour Australia for the first time in 40 years – and it was worth the wait!

If we could have your attention for exactly 54 seconds – here’s a brief new song from the pseudonymous hurt season. He doesn’t waste time – all bar one of his singles since relaunching the project in July have been under two minutes in length. Of his especially brief new song ‘feel sum’n’, which has …